It's all about Poppy

August 13, 2013
My husband and I absolutely adore our cat Poppy.

She was a little stray living rough in Dubai. We think she was about 5 months when we rescued her, that was nearly two years ago now.

Poor little thing had a bit of a bad start. Even though we lived in a nice area she was sadly attacked twice by the big bully cat from next door. The first time was a nasty bite, which luckily she recovered from quite quickly, but the second attack was much worse.

The cat from next door managed to break her ribs and basically rip her insides apart. It was touch and go for a while and our poor baby spent over three weeks in the veterinary hospital.

Our vets (Vetcare in Dubai) were fantastic and nursed her back to health. Since then she has strictly been an indoor cat, as we feel so guilty about what happened to her and could never put Poppy or ourselves through that trauma again.

I would say she loves being an indoor cat. She loves to sunbathe by the windows and has a mountain of toys and tunnels to keep her occupied! I love sharing pictures of her on Facebook, but as my husband and I have a joint page, I think some of our 'friends' are getting a bit tired of seeing her pictures, so I have set up her own page called 'Poppy's Page'.

This way I can share her pictures and adventures and not annoy anyone in the process! If you're a cat lover like us, take a look at her page and I hope she makes you smile as much as she does us! 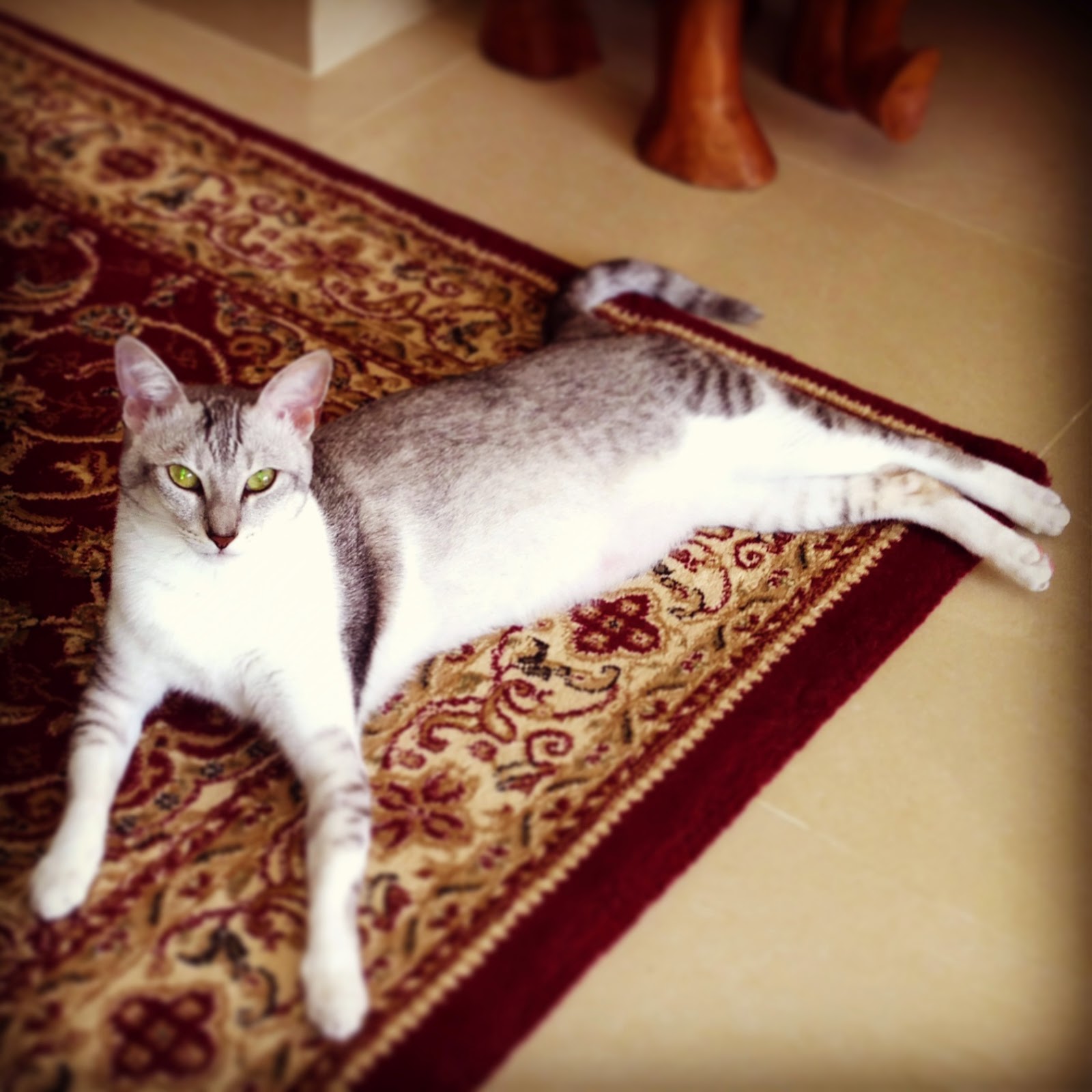