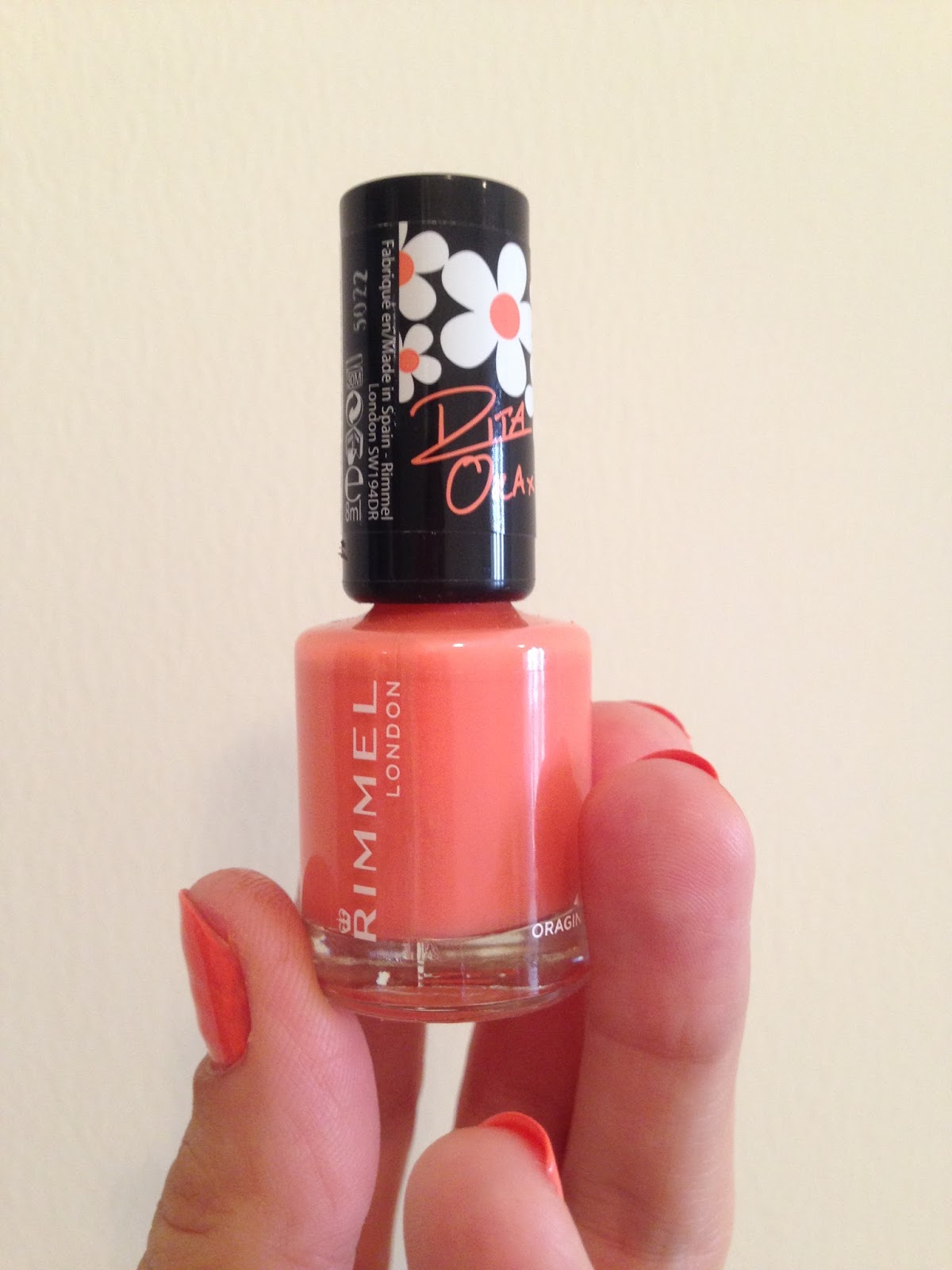 On my quest to prize myself away from my beloved corals and pinks, I picked myself up a couple of new nail varnishes while we were in Spain the other week.

Before we left, I saw on Twitter, Rimmels new Peachella by Rita Ora and it looked soo nice. I instantly made a note of it and would look out for it in Spain.

Once I'd tracked down the Rita Ora shades, the Peachella looked really quite pale and I thought it may not 'cover' too well, as in the past I've not got on with paler nail varnishes, as it seems to take a million coats before they start to look any good.

I opted for Oragina, which still looked peachy, but slightly deeper and brighter too. 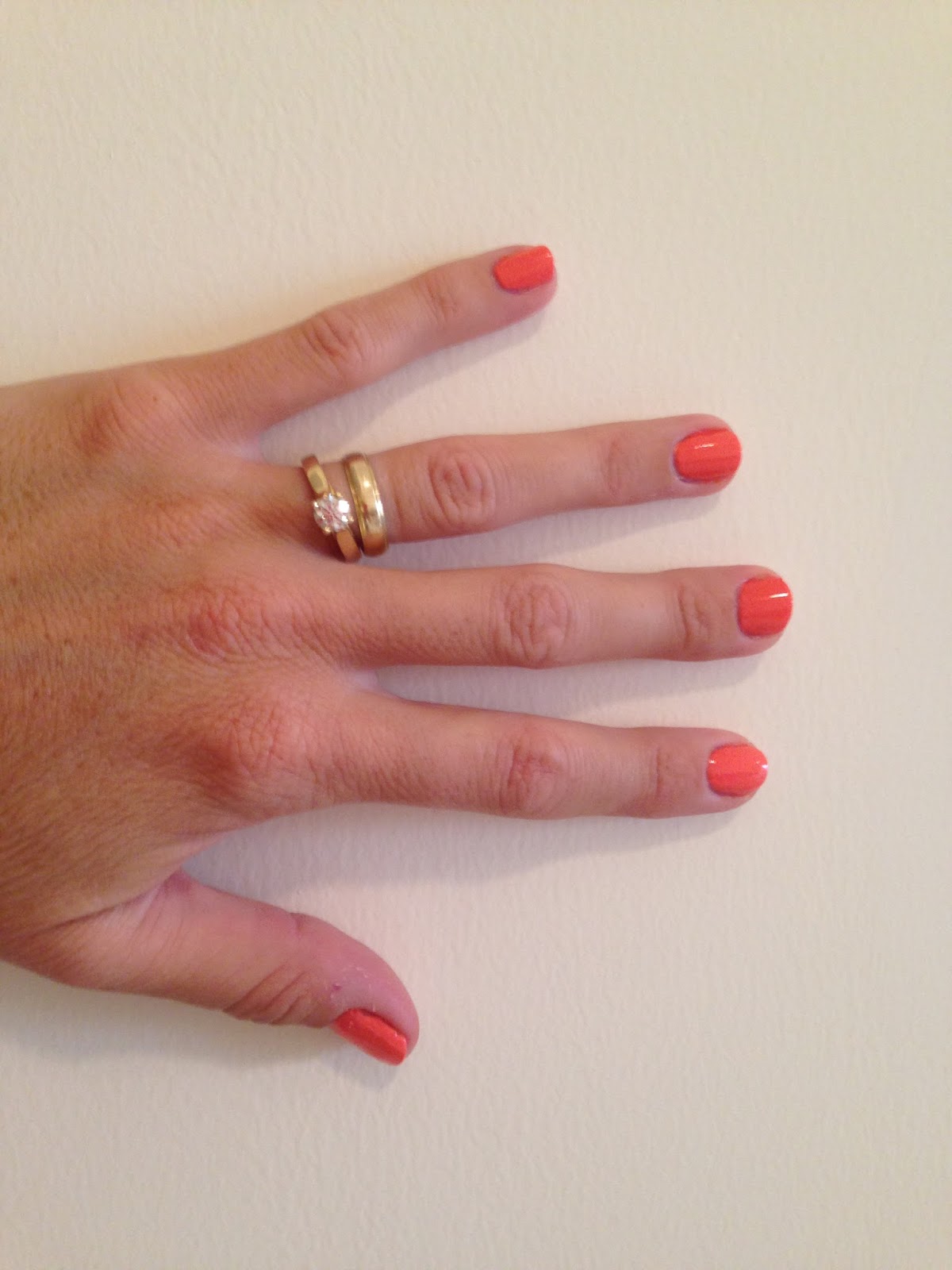 I know what you're all thinking, it's soo similar to my usual pinks and corals. I haven't really ventured too far out of my comfort zone have I? Oh well, I know they are still in the same 'family', but it seemed risky to me, haha. Baby steps and all that! 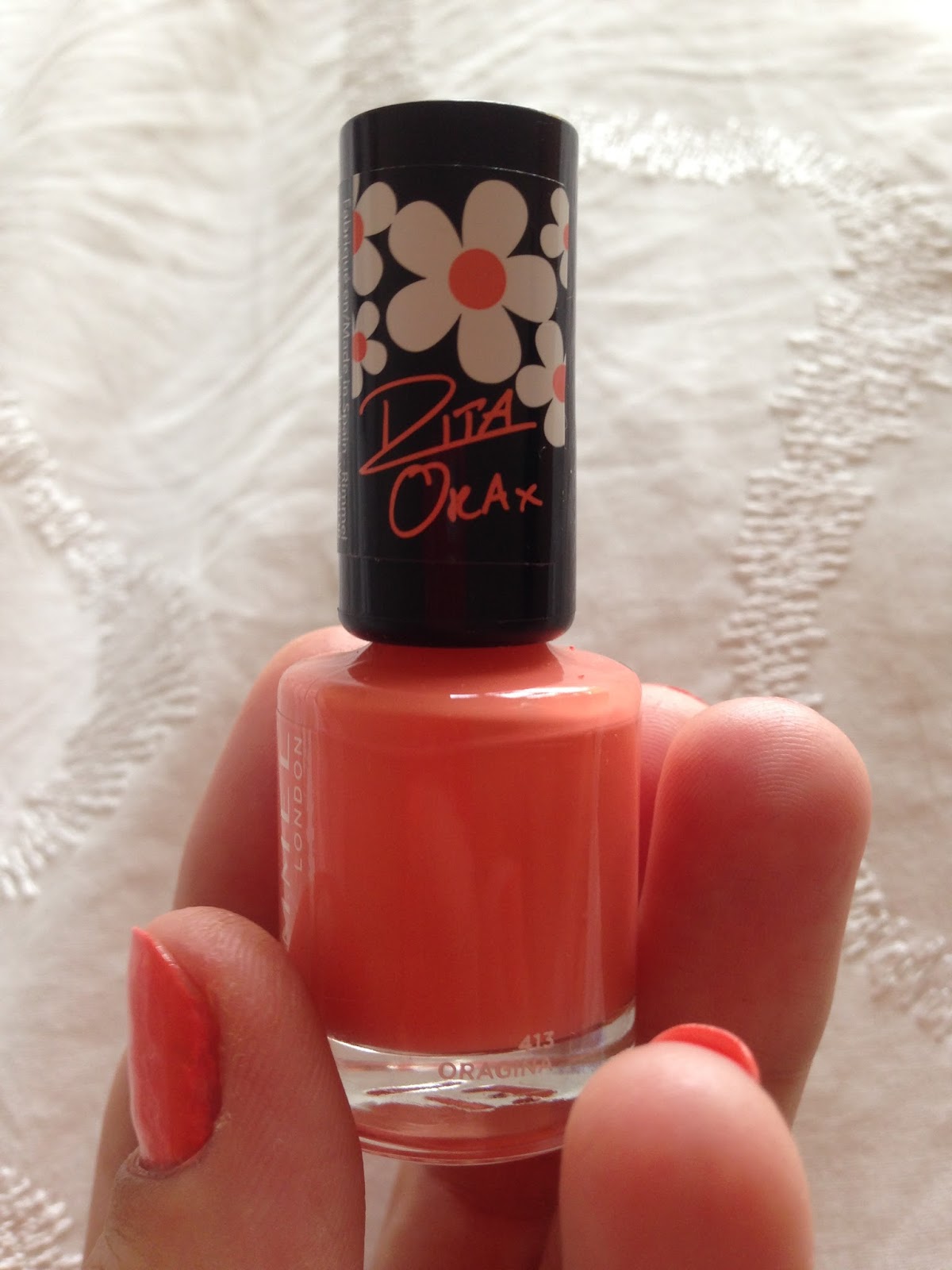 If I'm honest I'm not too impressed with this colour at all. I mean it looks nice now that it's done, but it took four, yes four coats to cover! I usually do three and I think that's excessive.

It was just so thin, which was my concern with the Peachella one. On the third coat I was getting kind of fed up as it looked so patchy. I ended up giving them a really 'thick' coverage. Even then it didn't completely cover. On with the fourth and it pretty much covered, but if I look closely you can still 'see through' the varnish and it just doesn't seem 'finished' to me. 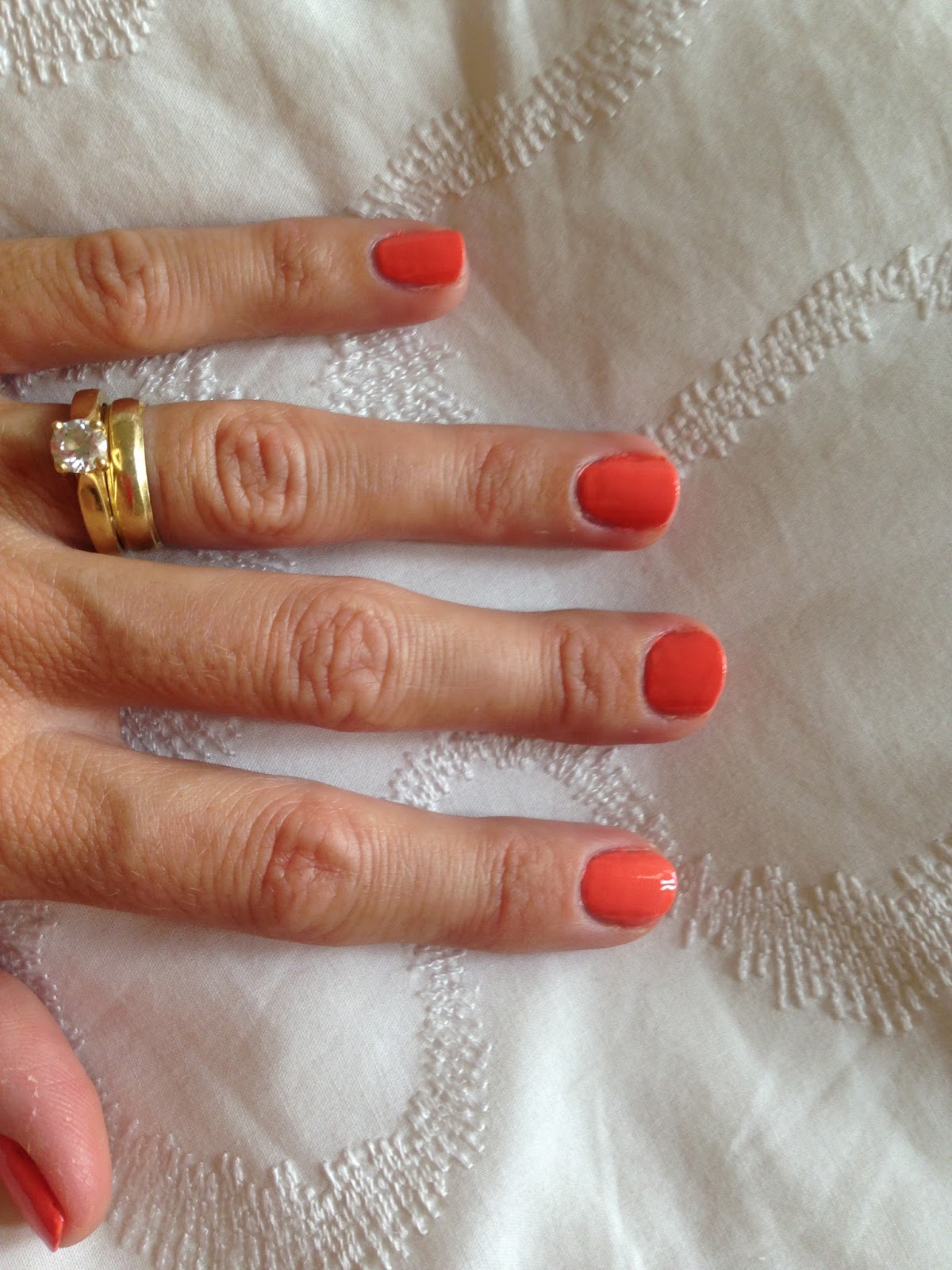 I finished off with some top coat, which I think helped.

From a distance it looks OK, but it just hasn't covered like my previous Rimmel nail varnishes have. It's a shame, as I had high hopes for Oragina. Unfortunately, I don't think I will be purchasing this one again.

I still found the brush easy to use, but it was just the colour I have issues with. The other one I bought was Hot Tropicana, which I'm hoping I'll have a bit more luck with!

Have you tried any of these colours? How did you find the coverage? Good or patchy? Maybe I'm just having an 'off' day, as so far all my other Rimmel shades have covered really well. Let me know your thoughts!


Further Thoughts ~ One day on!


Am I allowed to do this? Change my mind? Ahh, who cares, it's my blog, hehe!

OK, I still stand by what I wrote about yesterday, but after 'living' with the colour overnight it is starting to grow on me. I mean yes, it still looks patchy in places, but it is a lovely bright 'orangy' colour, which I think is great for summer!

I'm not gonna give up on 'Oragina' just yet!