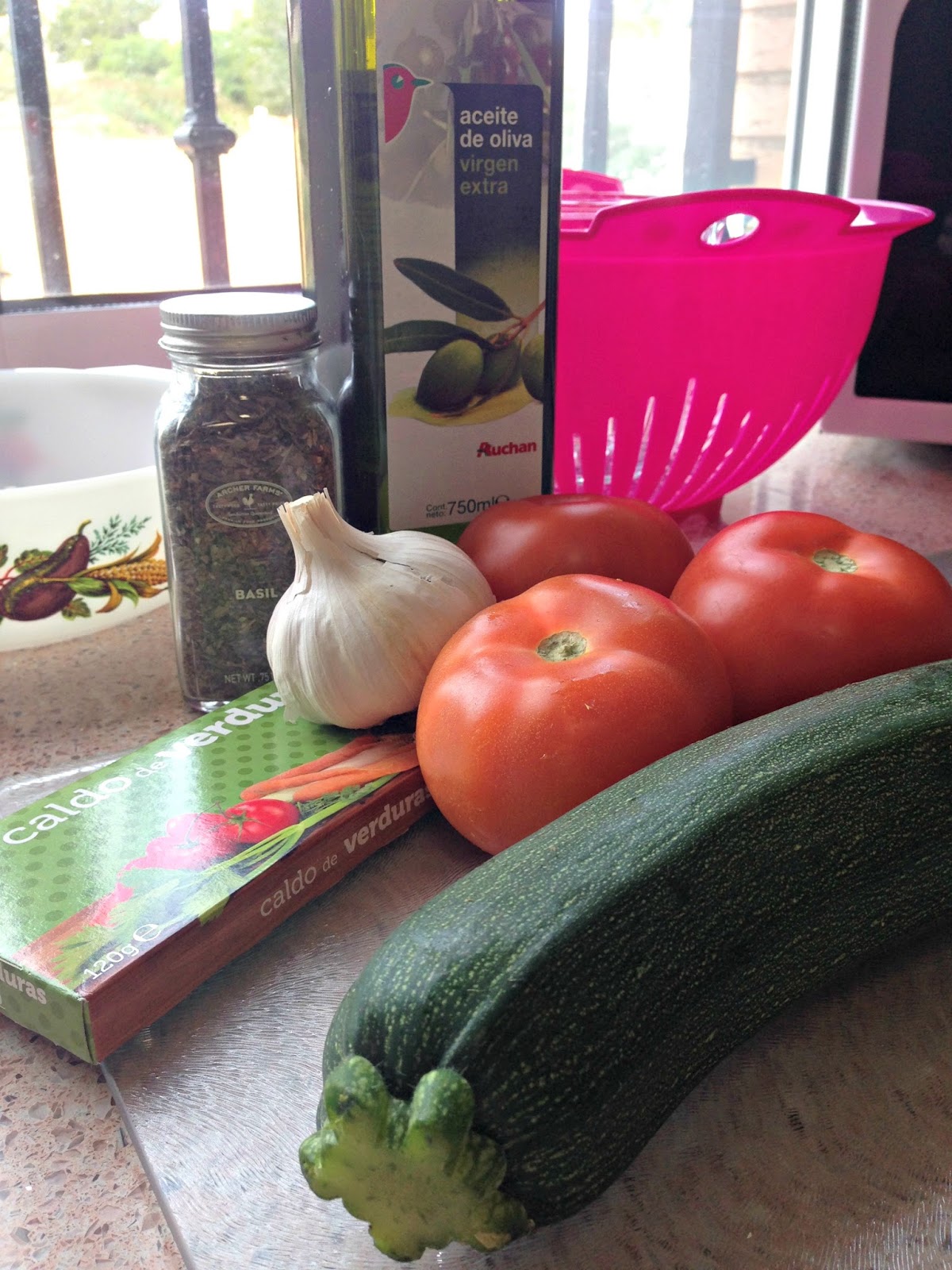 Last night I came across my old Detox book by Sara Rose. I thought I'd have a little read through to see if it'd give me some inspiration, as I'm trying to embark on a healthier lifestyle. You may of seen my Insta snap of said book with a Magnum too, well you know, it's all about balance isn't it!

Anyway, I'm pleased to report the Detox book has given me some inspiration indeed. I was also chuffed to see a bunch of recipe's at the back of the book. I've marked a few to try and one being this Tomato and Courgette Soup.

I haven't made soup for absolutely ages now and I mean ages!

So I thought I'd give it a go! Read on for my easy steps and to see what I thought! 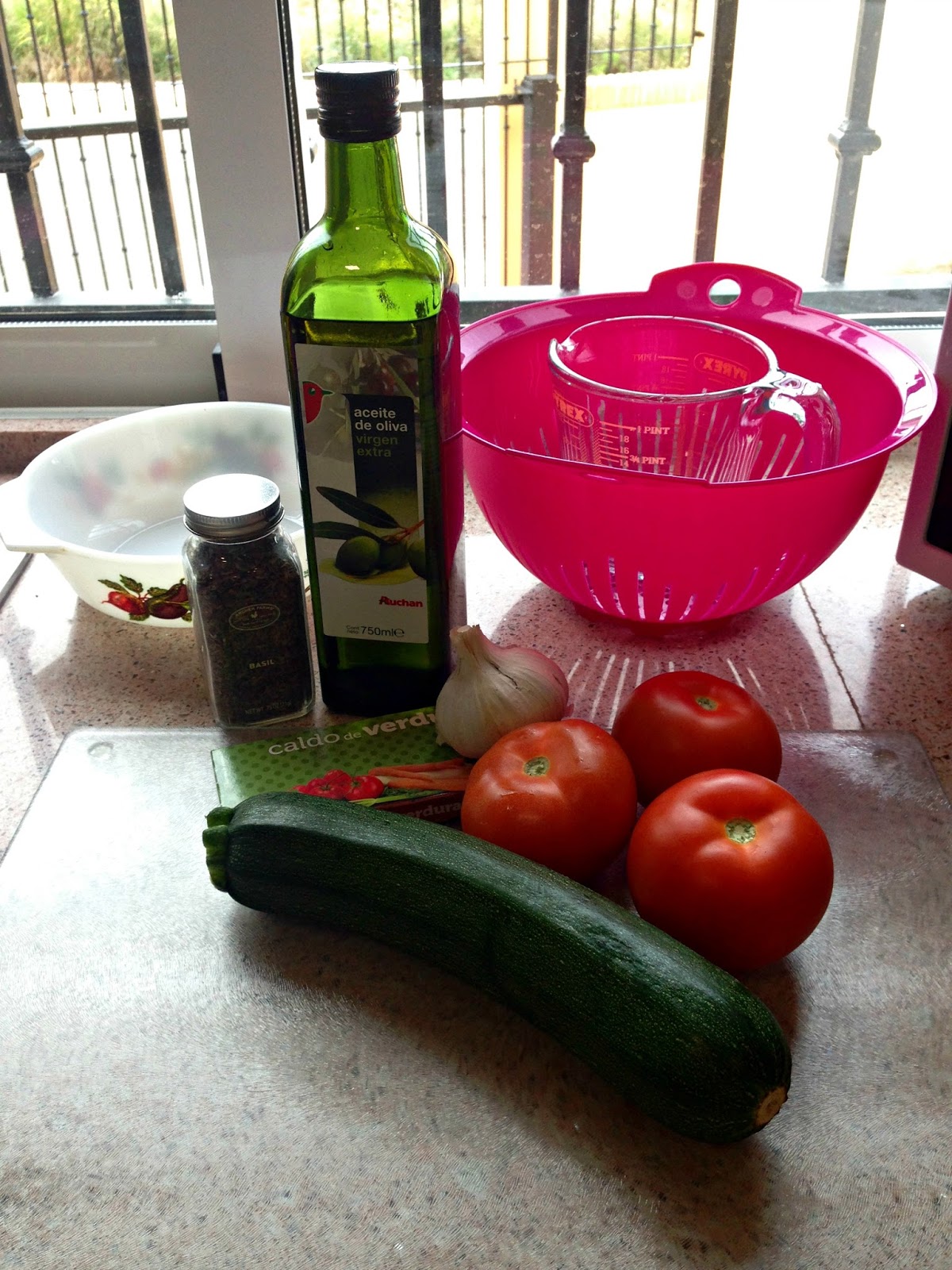 The recipe in the book was for four people, but I just wanted enough for two,
so I roughly halved the ingredients and guessed the amounts, as it was all in grams.
Here's what I used: 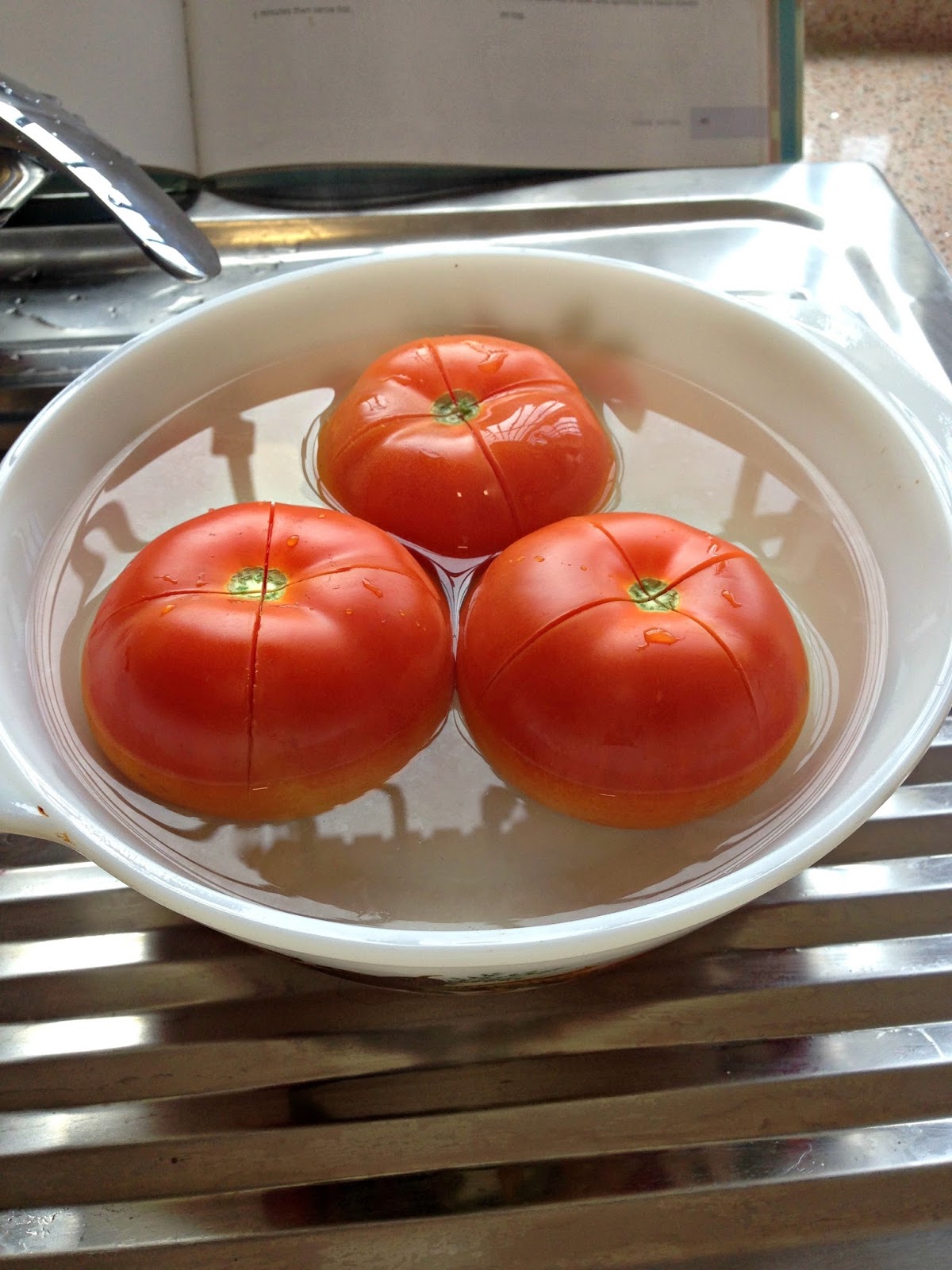 Slice crosses through the top of the tomato's,
put them in a bowl and cover with boiling water 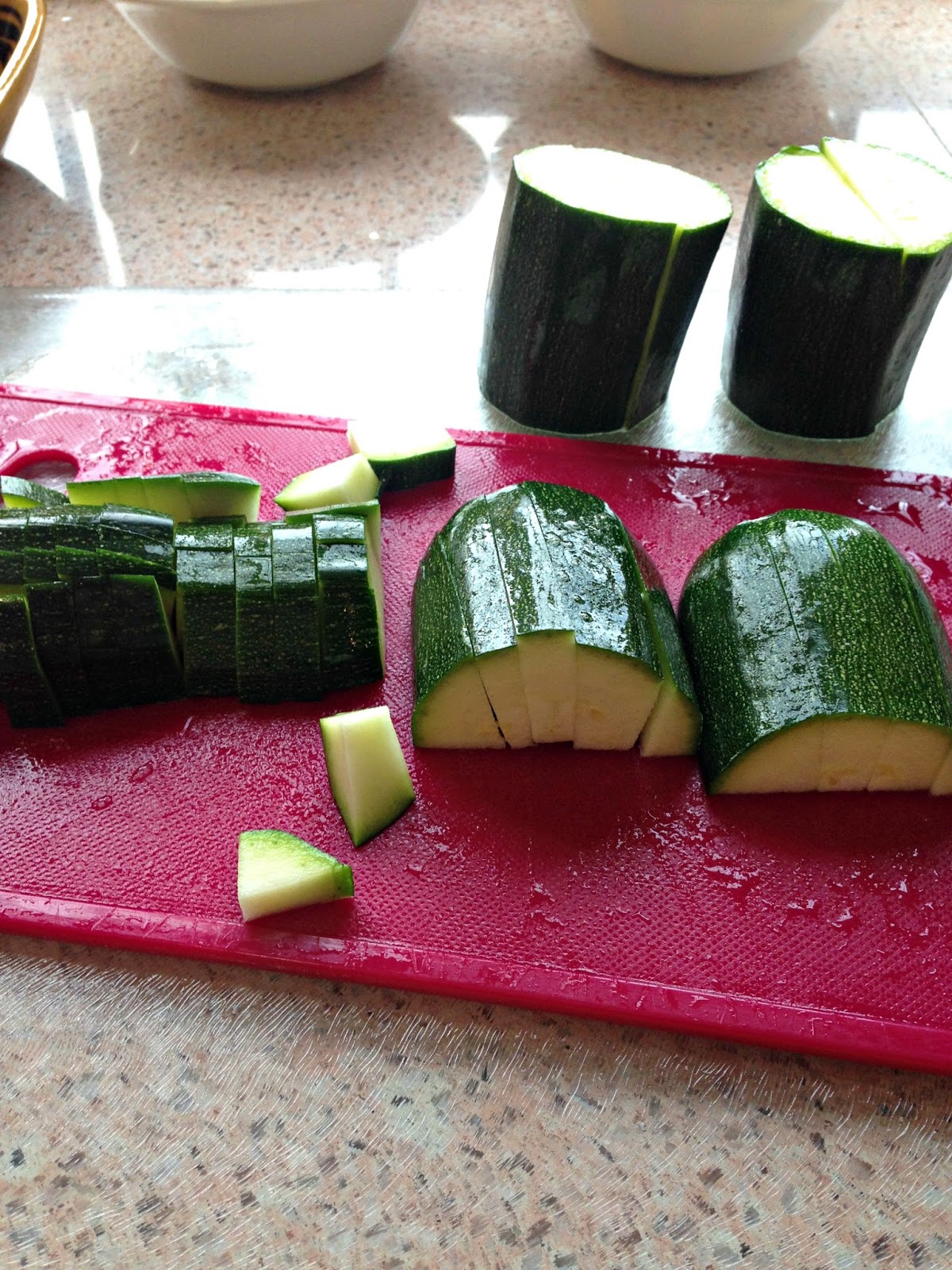 I like to prepare everything first, then place it in their own dishes

Chop the courgettes into cubes

Finely chop the onion and garlic

Then once the tomato's have had a soak for a couple of minutes,
peel them and also chop finely 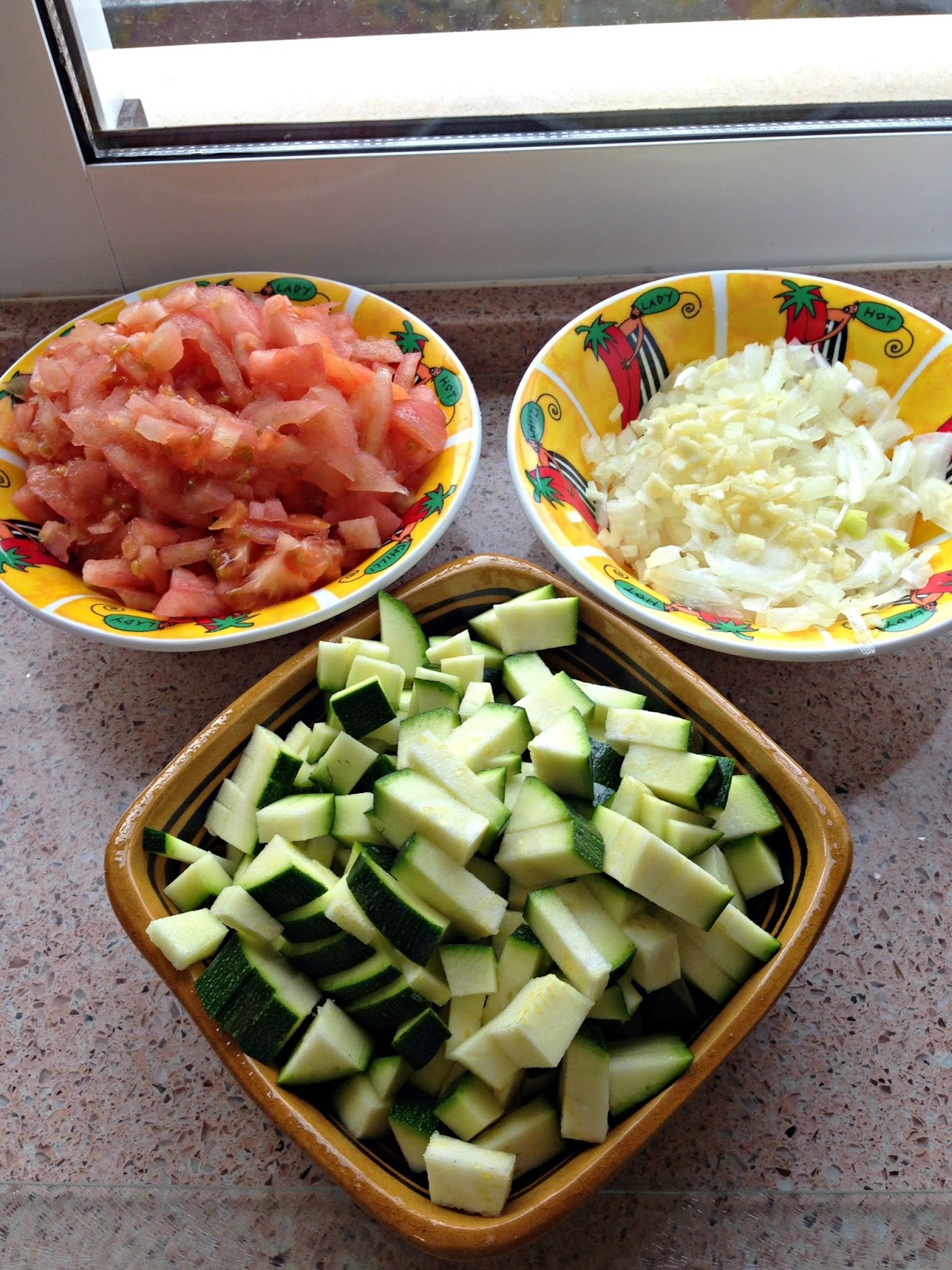 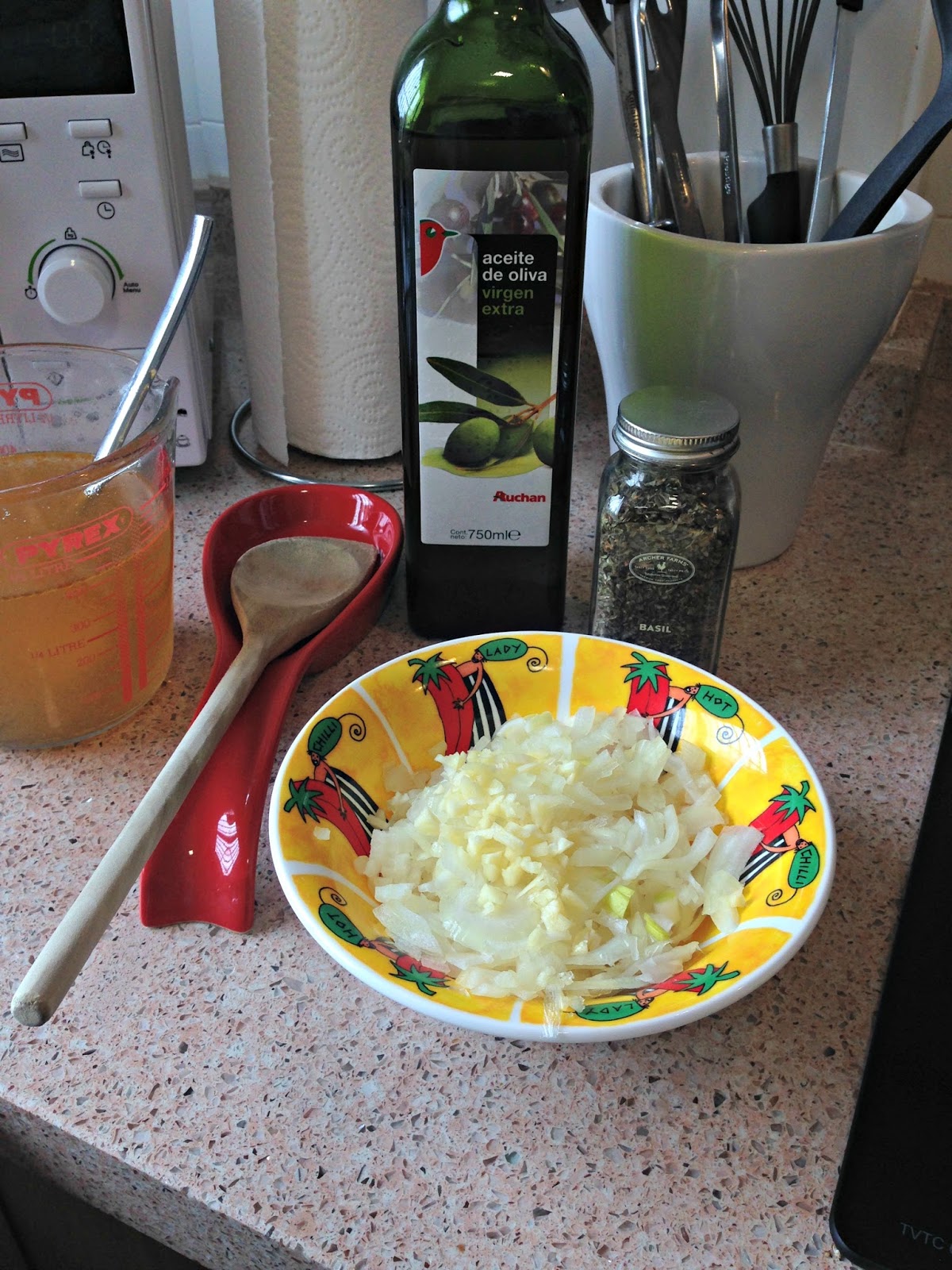 Put some of the stock in a big pan, add the onions and garlic,
sauté until soft 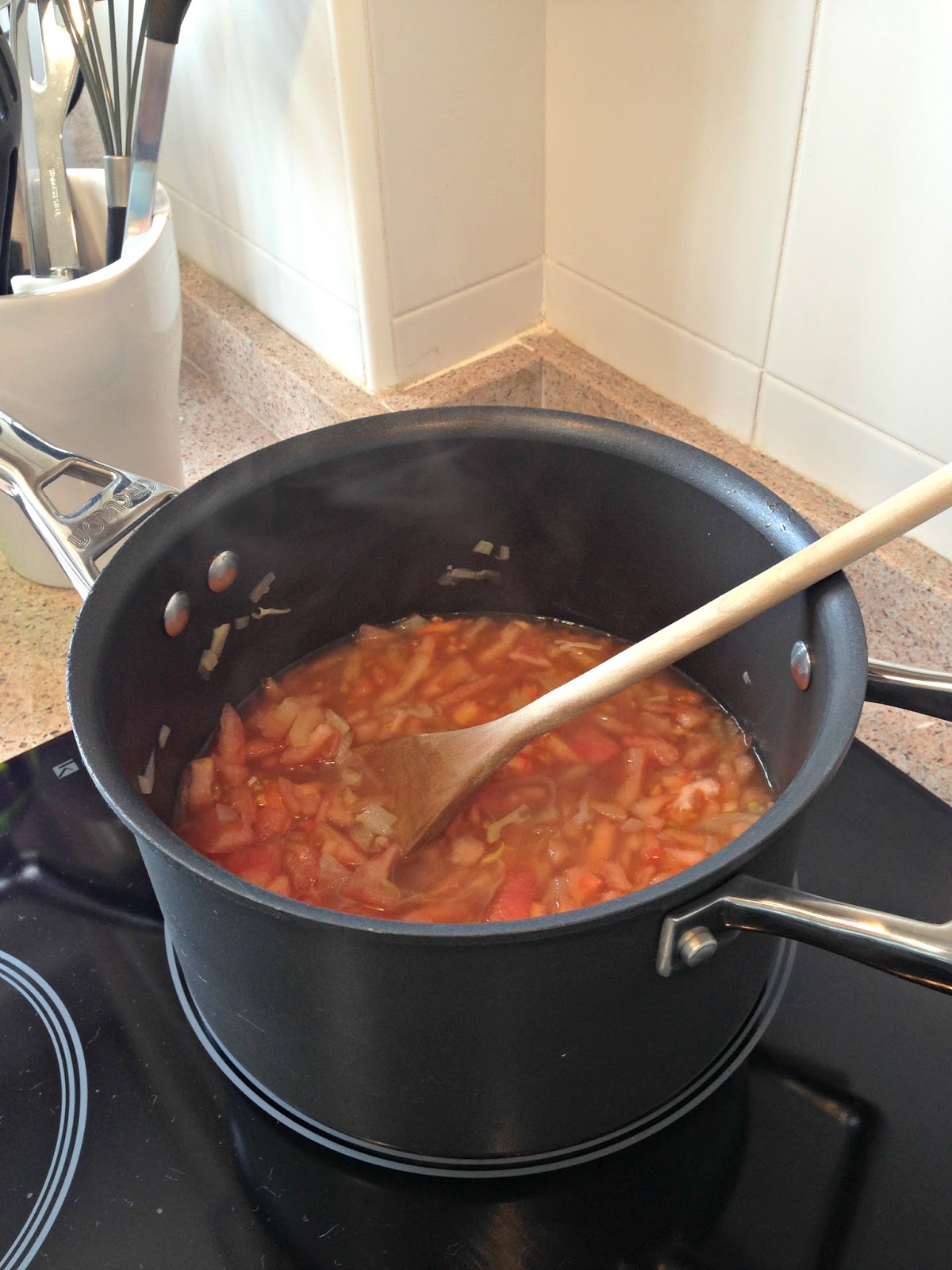 Add the chopped tomato's and the rest of the stock,
bring to the boil

cover and simmer for approx 20 mins

Season to taste with the black pepper 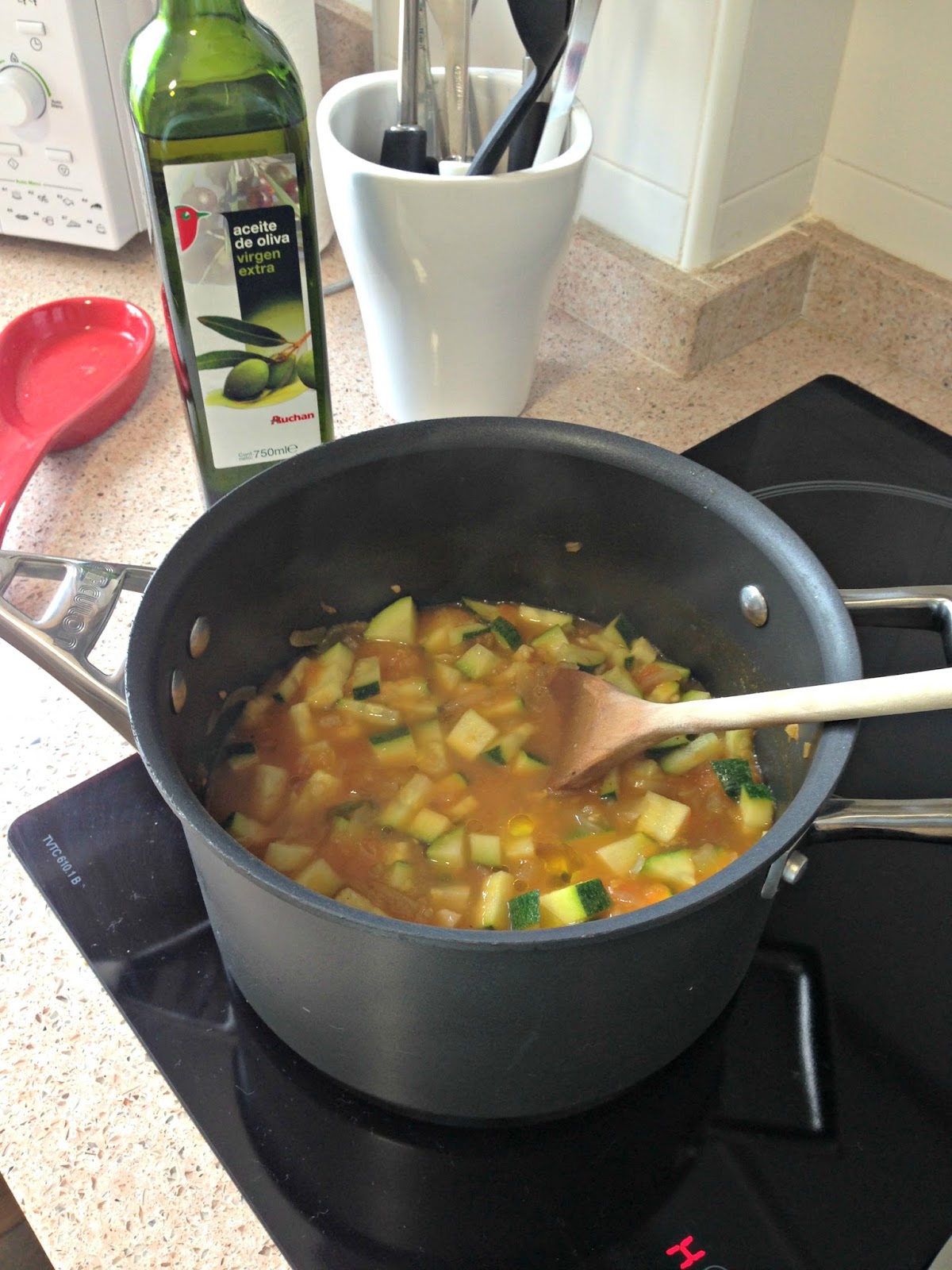 After the 20/25 mins add the courgettes and bring up to boil.

Let it all bubble for a few minutes until the courgettes are tender.

Drizzle the olive oil through it. 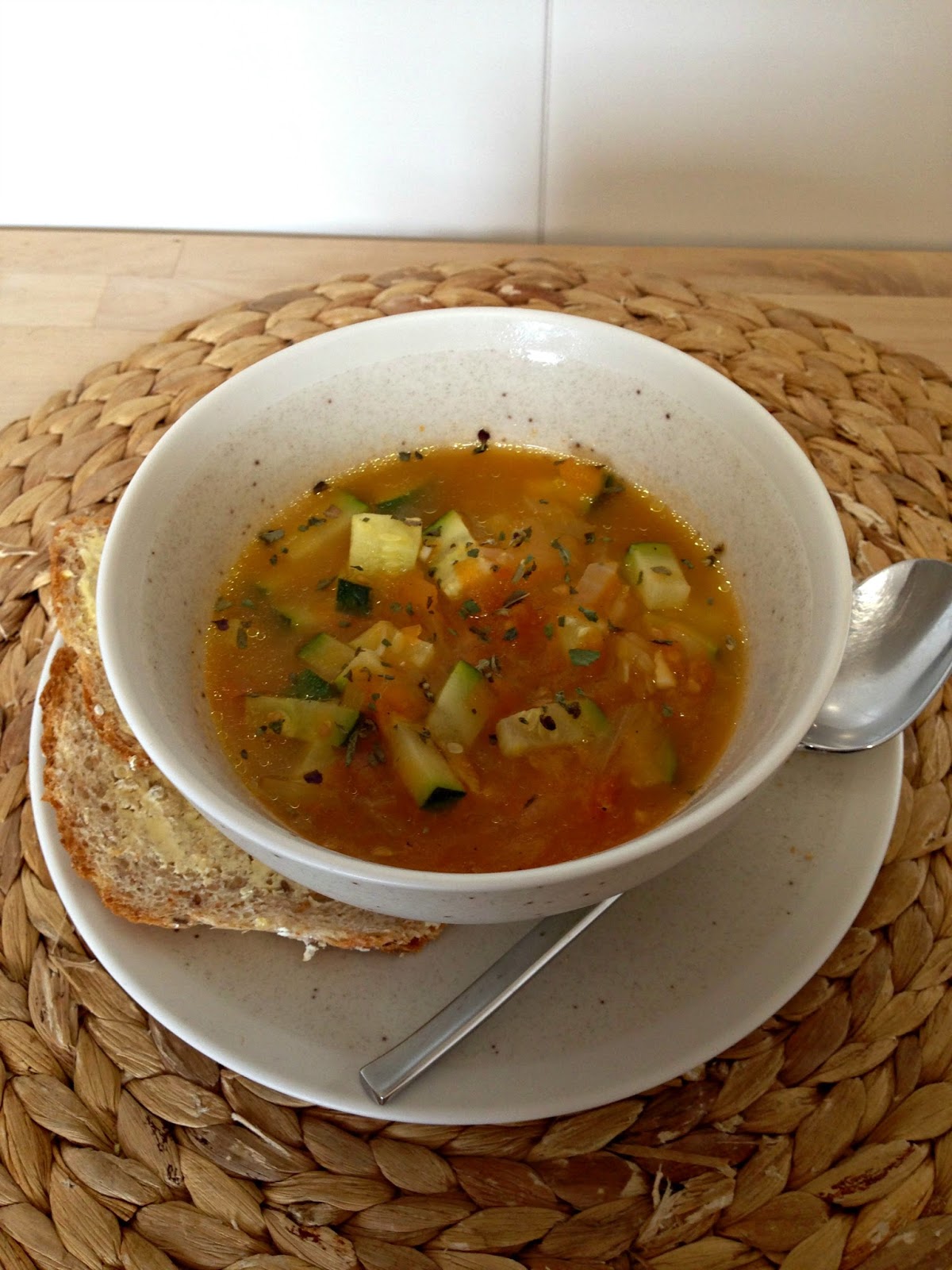 Serve and sprinkle some basil on the top.

I had one slice of seeded bread left in the cupboard,
which teamed up lovely with the soup!

I was really pleased with myself with how it turned out, as I thought it was going to be a lot more complicated to make then it was. Actually very easy.

I think the key is too have everything prepared and all your ingredients out on the side. Oh and wash up as you go! Always my number one tip in the kitchen!.

As I said at the beginning, I think I used a little too much stock, which is why I've adjusted it to only 3/4 pint and that's what I'll use next time! Even so, it was very tasty and filling! I had two bowls, the piggy that I am and there's enough left over for probably another two bowls tomorrow!

I do like the idea of making my own homemade soup as you know exactly what is going into it and it's generally a really tasty healthy option. Good winter warmer too!

Do you like soup? Have you made your own before?