Having a sort out 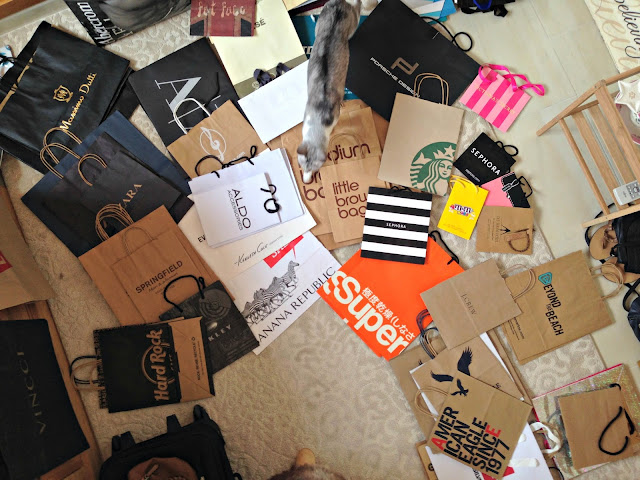 If you follow me on Snapchat (username sunsparkles282) and Twitter you would of noticed I was having a bit of a sort out today.

It started because I've just completely run out of space in my dressing room and it feels like there's no organisation and stuff is everywhere!

So something had to give.

And that something was my precious carrier bag collection. 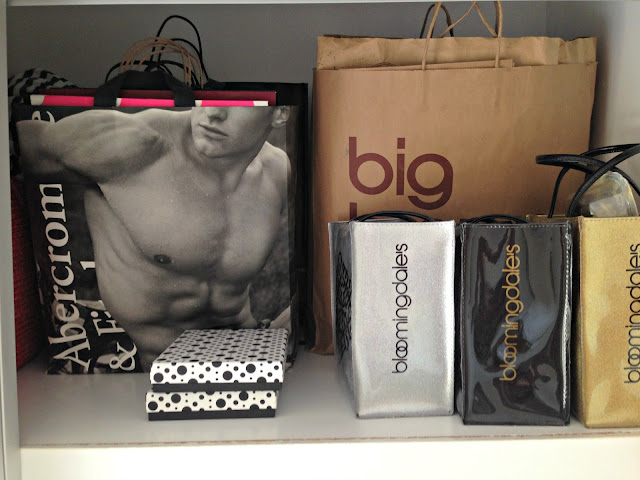 I don't know why, but since I was in my early teens I've loved carrier bags! The paper kind with cool print on them, not the plastic supermarket kind, haha.

Anyway, a couple of times before I've had to throw out my saved bags and I was traumatized! I think for a similar issue of needing space and another time was because we were moving and it seemed crazy to store carrier bags.

I know it looks like they're neat and tidy, but once removed look how much more space there is! 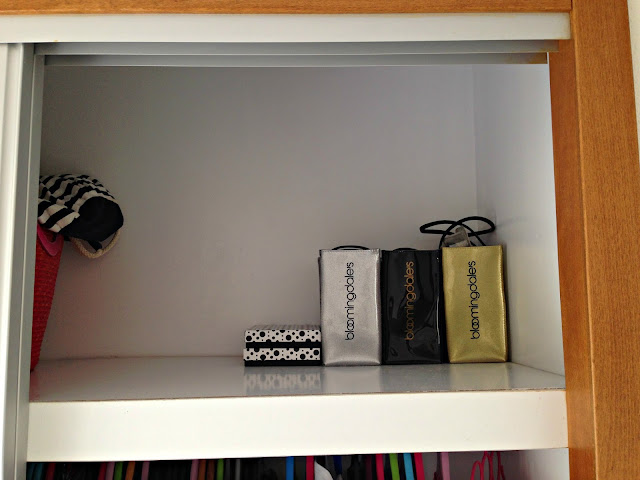 Anyway, I've saved them up again over the last few years and they just take up so much of the wardrobe its ridiculous. When I was going through them I had like five American Eagle bags, Springfield bags, Zara ones, bags from cake shops, bags from hotels, airshows & the F1 and not forgetting I found a Starbucks bag! I mean, come on, a Starbucks bag?! WT... 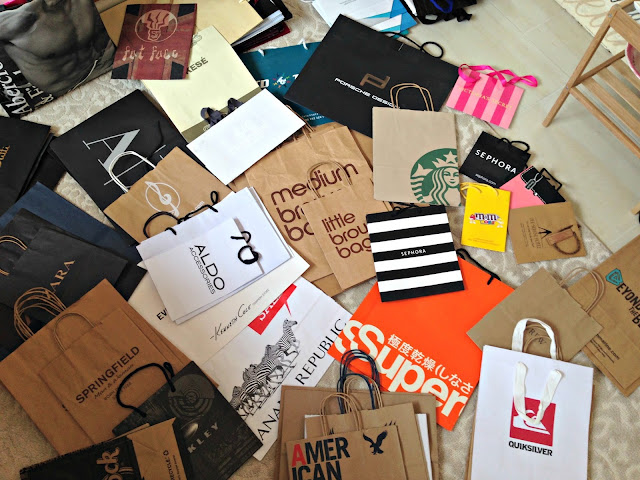 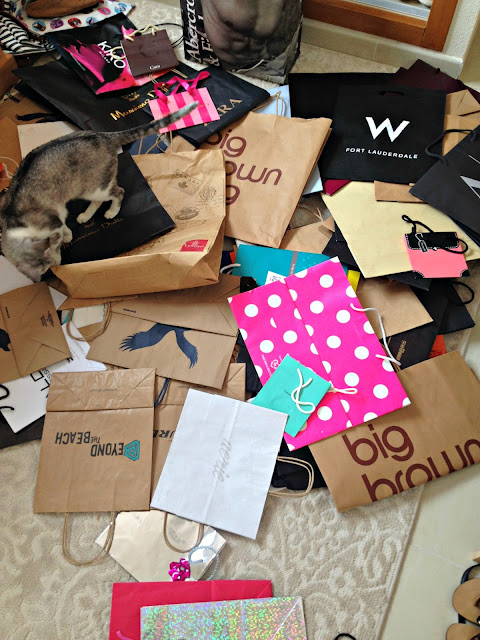 Poppy helped me too, haha! Did you see her on Snapchat? The cutest... 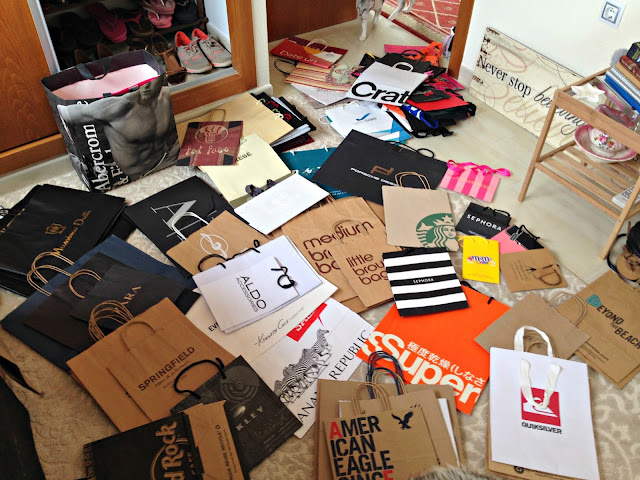 I was very and I mean very, ruthless. I've got rid of pretty much all of them! I kept a small Tiffany one because, it's Tiffany! I also kept the black and white Sephora one, as I just think it's cool and it fits perfectly in the drawer and is currently keeping my spare purses safe.

I kept the very cool abstract Britto bag, which I got when I bought my cat luggage tag at Miami airport a few years back.

The large Abercrombie and Victorias Secret bags have stayed, as I'm going to sort through my paperwork and use them as cool storage. Tip: using cool bags for storage, is a fab alternative to boring box files and folders! 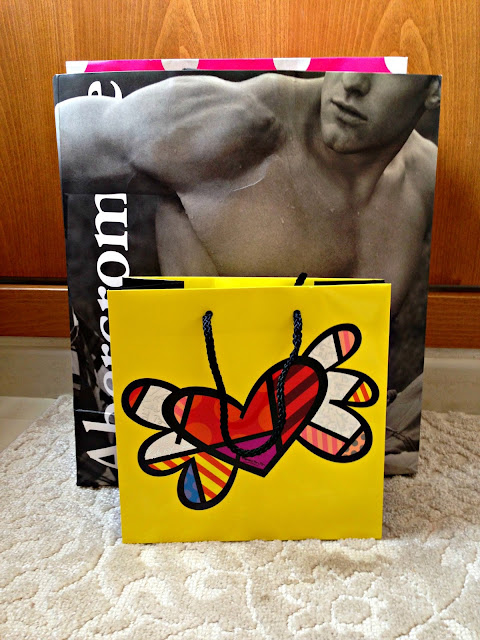 All the bags bagged up and put away downstairs to continue their fate as rubbish bags! 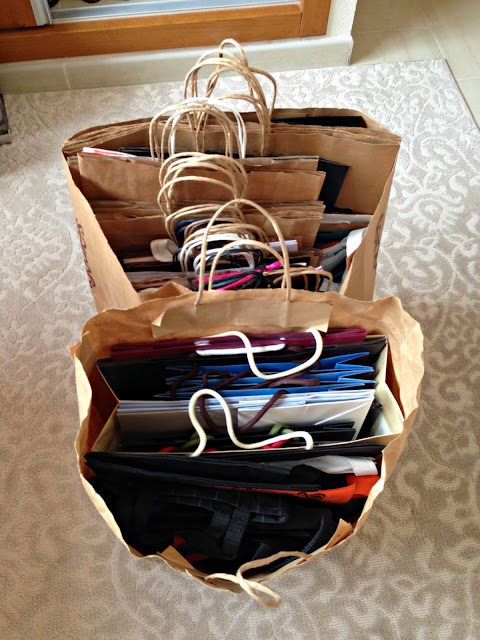 With all the bags removed it freed up space so I could relocate my hoodies from the drawers to the wardrobe shelf. I also sorted through some sweaters I had hanging up and folded them up neatly next to them too. 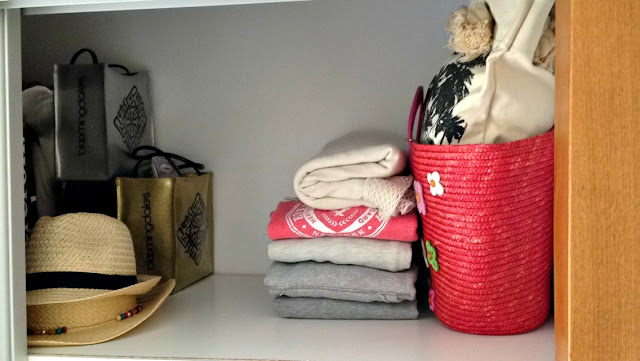 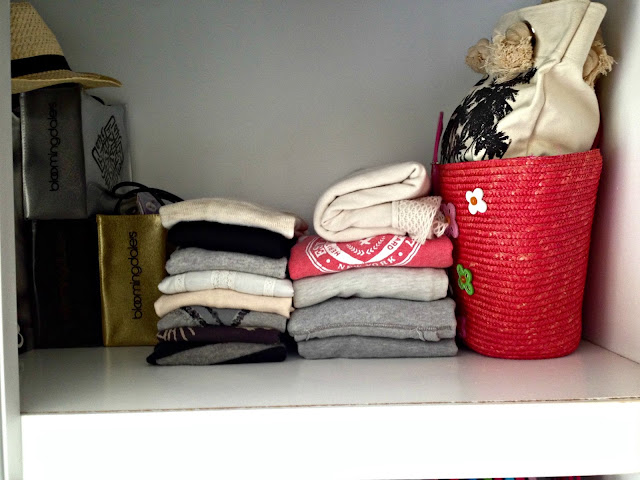 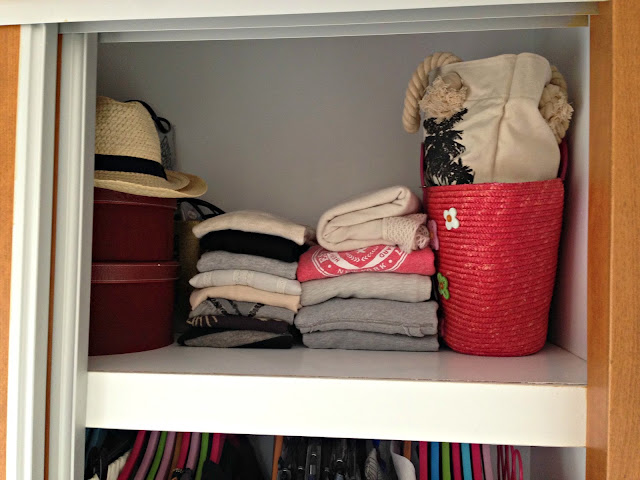 Then it was to tackle the other side which was a mountain of paperwork and god knows what else! I managed to shred so much stuff and get it all sorted out nicely. I can't believe the crap I've been carrying around the world with me!


All sorted and tidy. 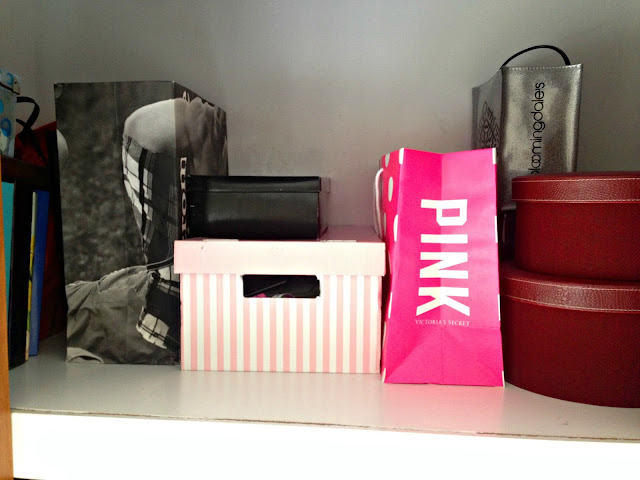 I forgot to take a 'before' but I'm sure you get the jist!

I'm soo chuffed I've finally sorted out the shelf in my wardrobe. It's been bothering me for a while now, but I just didn't know where to start!

By getting rid of the carrier bags, which let's face it were pretty pointless, it's given me soo much more space to organize the things in my drawers and I can actually 'see' what I've got now!

I think it's time for a trip to Ikea though, to have a look around at their storage solutions! I'm on a roll to get super organised in my dressing room now!