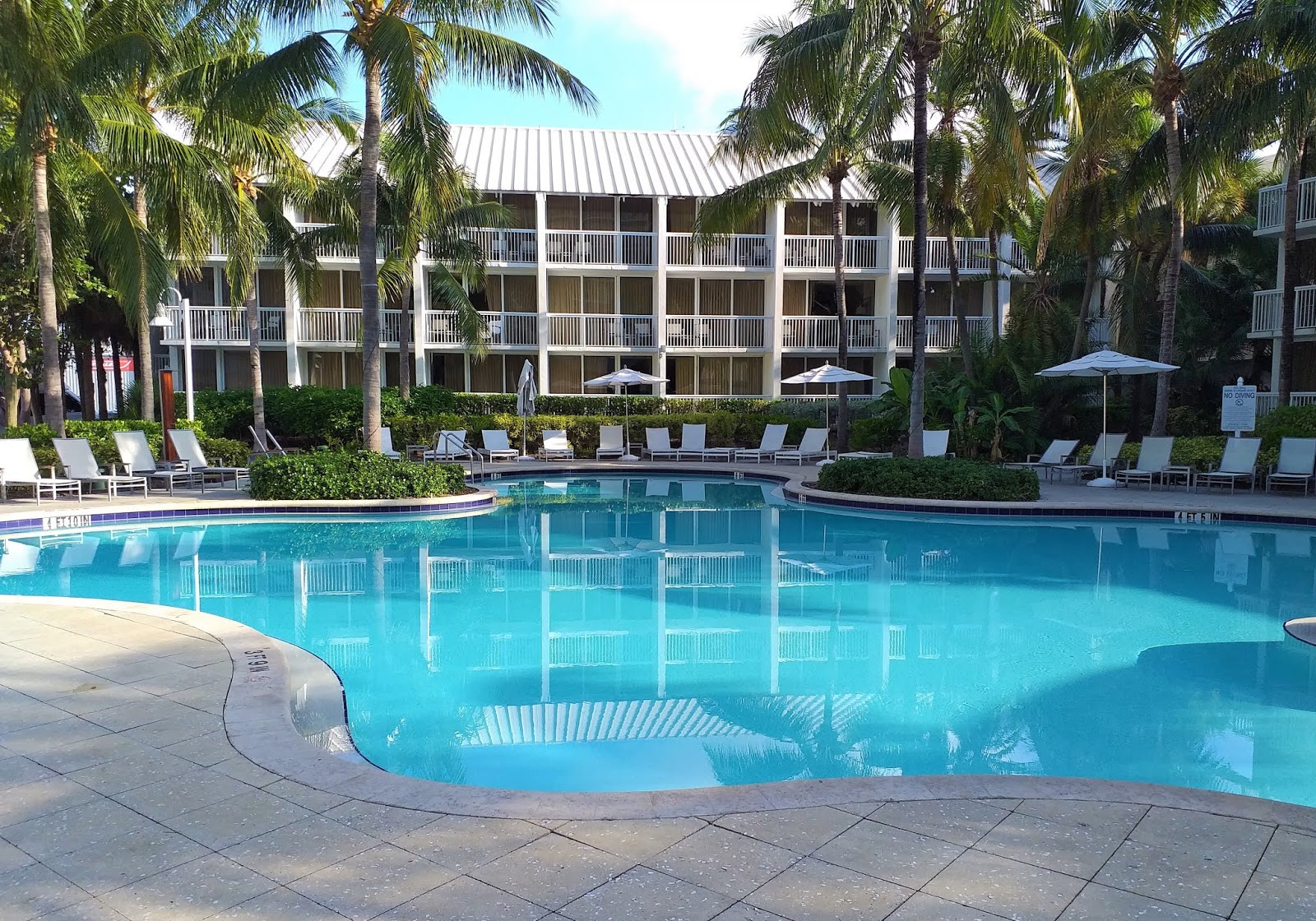 Not many people travel over 19 hrs, two flights with long waits at airports for just four nights away.

But yes, we do, Mark and I are the crazy ones that do this!

We weren't going to have a 'holiday' this year, just happy with staycations at our home in Spain, chilling with the furbies, the pool and maybe try to do some 'holiday' type stuff locally at home.

Mark fly's so much during the week as he commutes to Germany for work, that the last thing he wants to do was have more flying during his vacation as well. Totally understandable really.

Out of nowhere a few months ago we just got the urge to go away on holiday.

We were chatting about Florida and how we loved our break to Cape Coral last year, but felt like we missed going to Fort Lauderdale. 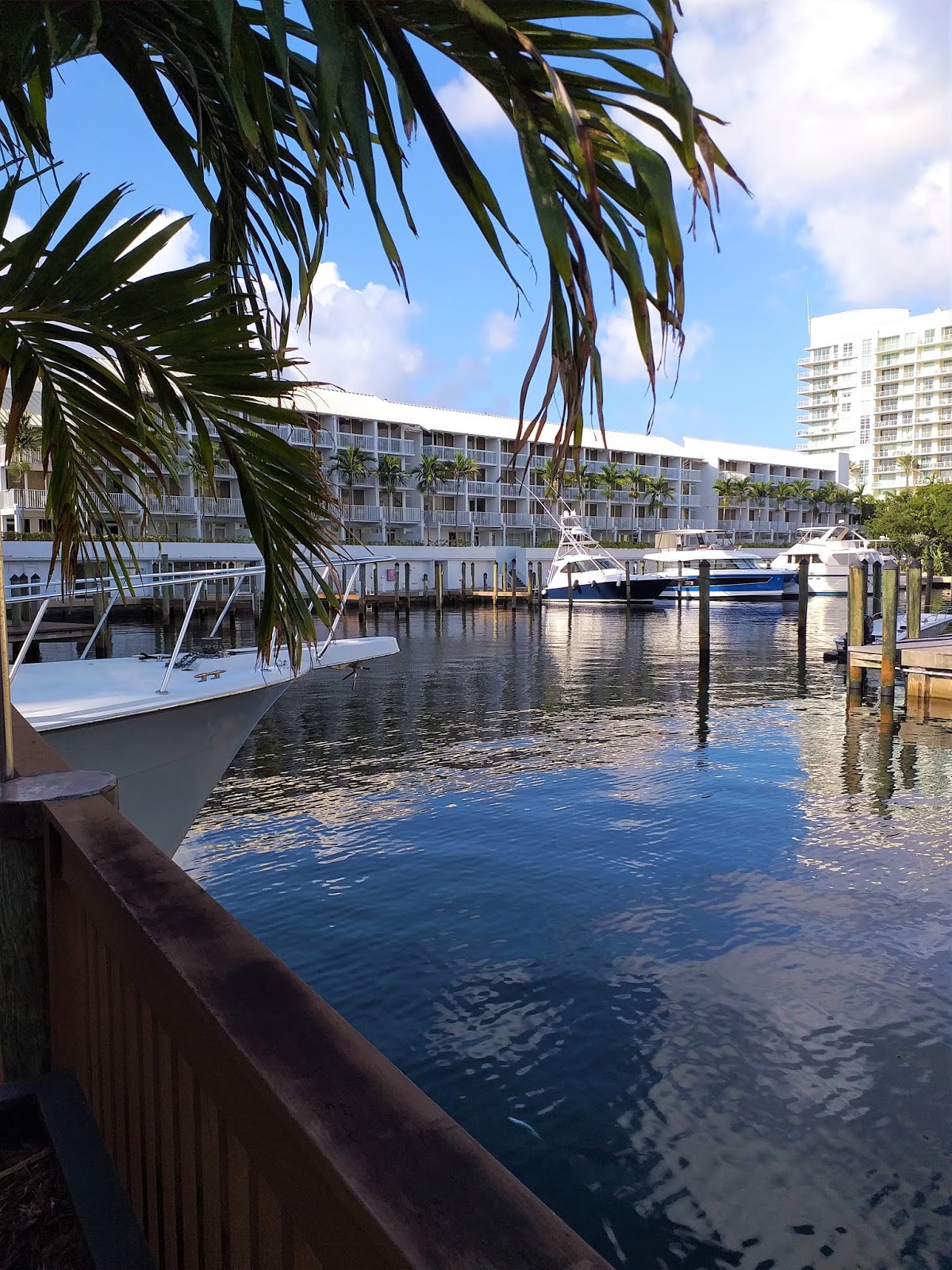 Not wanting to go for the whole of the time Mark had off, as we did want time at home with our furbabies. The new house is well underway with renovations so we needed to be around to do a few things with that and of course so Mark got some time at home with me and the furbies during his leave too.

We were quite specific that we wanted to leave Spain on the Saturday and return on the Thursday at the latest, so we could have days off at home leading up to the holiday and after it too.

We found flights on Norwegian from Alicante to Fort Lauderdale via Stockholm. Which when you look at the map it seems a bit crazy as you're flying nearly four hours in the wrong direction first of all and then back on yourself. But to get to Fort Lauderdale that's what we had to do.

In the past we have flown via LGW but that would entail going the day before because of the flight times and having to spend a night there so that wasn't an option this time.

Saturday morning we were up at 02.30am to leave at 03.30 to get to the airport for 04.30 for a 06.30 departure to Stockholm. - already a long day before you've actually got anywhere! Usually for that type of early start I would of just rolled out of bed and into the car, but we have to sort the furbabies out before we go, so that all adds extra time in the morning.

The roads were nice and quiet for the drive to the airport at that time in the morning, but because of the recent torrential rain one of the roads was closed so we got on the motorway a junction early. Paid the toll and away we went. Everything seemed dry and fine. Then whoosh!

The car slid and turned, water splashing up on the windscreen out of nowhere. Mark controlled the car really well and stopped us from crashing into the barrier on the right.

Where there had been horrendous rain it had obviously settled in part of the road and what we didn't know until we passed the area on the way home that, that part of the road had been washed away. We were lucky we didn't hit it a second later or if we were over a bit more to the far side then who knows what would of happened.

Luckily we were fine, but it was like, what the hell just happened!

It makes you think how quickly things can change, we were lucky that's for sure.

So fast forward to the airport, the flights and the car rental, we finally arrived at our hotel.

We were grumpy and tired to say the least.

Just wanting to check in, get our key, dump our bags and whizz to Target to get some bits before we collapsed! 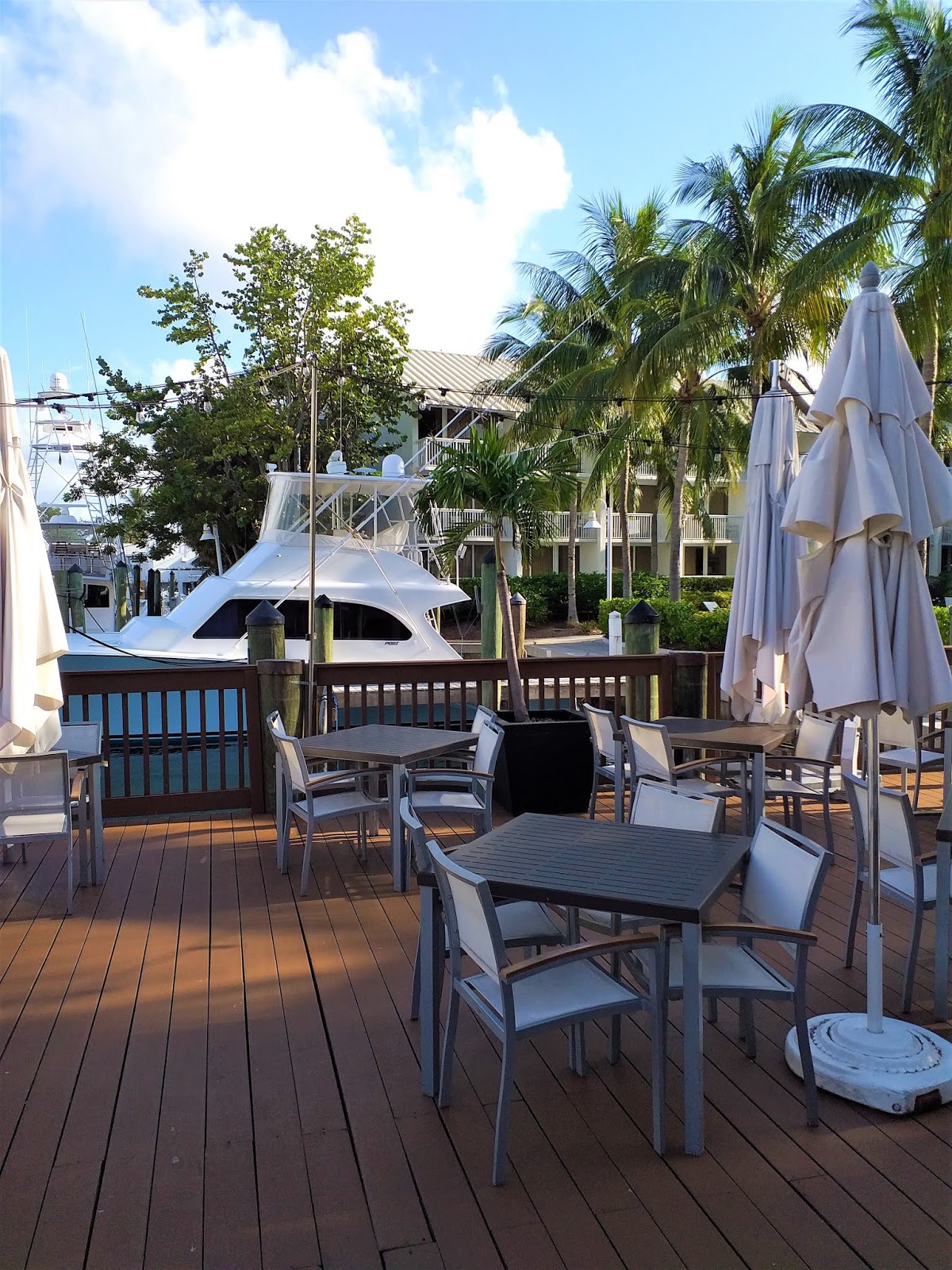 We stayed at the Hilton Fort Lauderdale Marina and the guys on reception couldn't of been nicer. We must of come across so grumpy to begin with, but their friendly helpful customer service soon put a smile on our faces. Also a little room upgrade always helps! 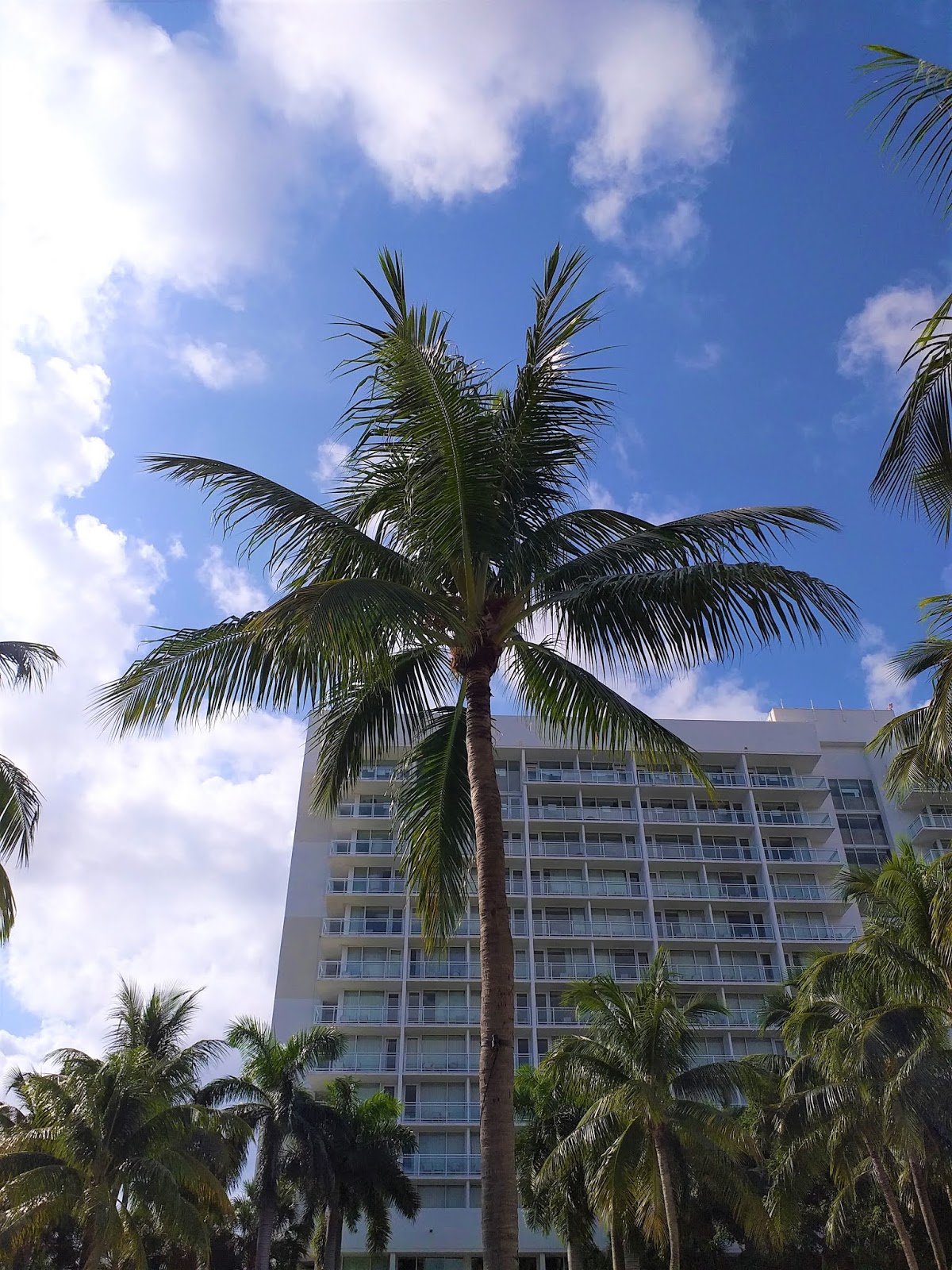 I'm not sure this was because of any reason. We are Hilton Honors members but I think it had more to do with the fact it was late and they were pretty much fully booked.

Worked well for us and we ended up with a corner room overlooking the pool - lurvley.

The hotel was a really good location and it's situated on the marina which was beautiful. I do love a good marina. I don't know what it is, but I love being around boats and the sea. 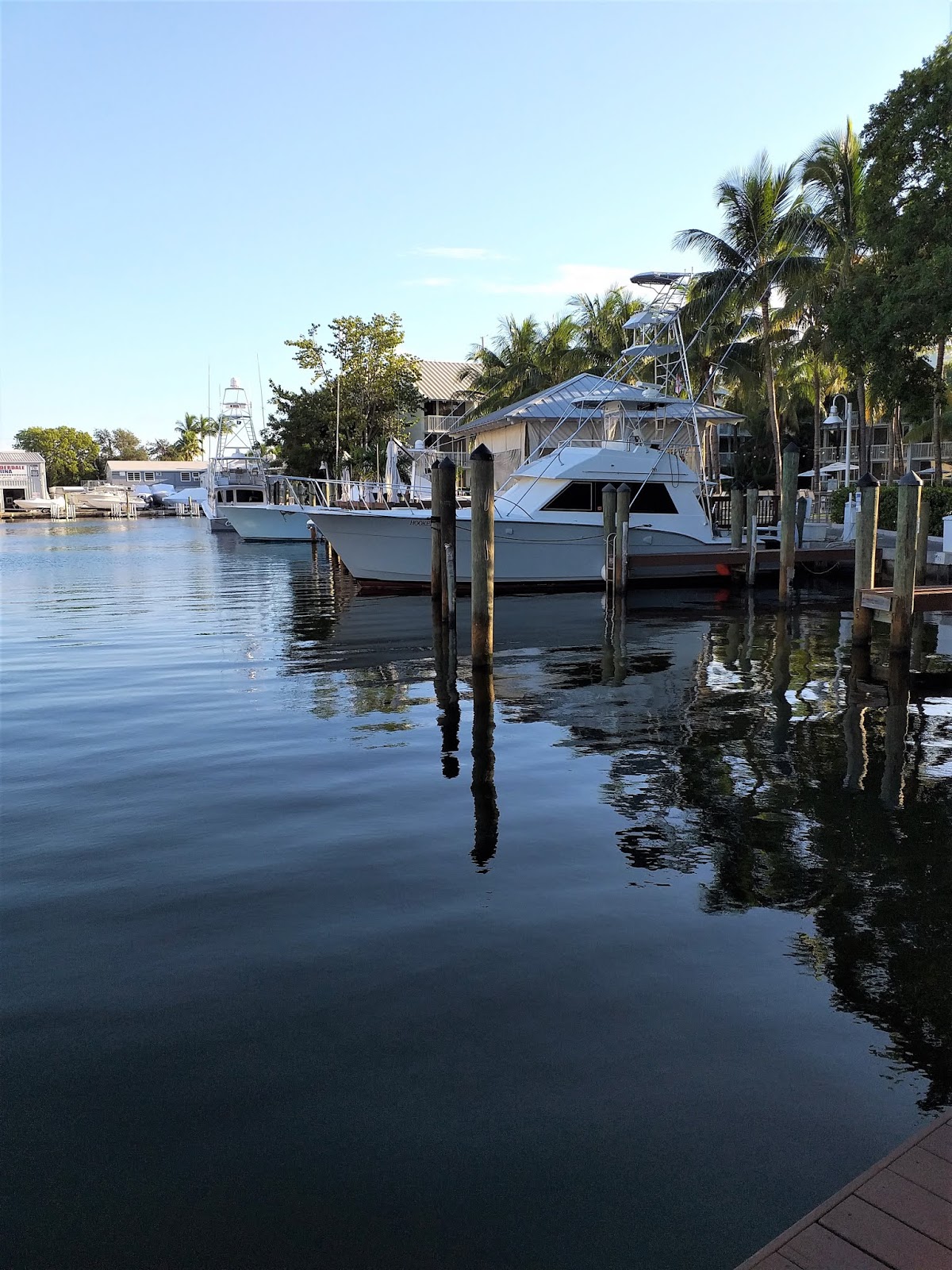 If I'm honest the hotel was a little tired. The rooms were comfy enough. They had tea and coffee making facilities and a safe which are always top of our list with a room. The room had Crabtree and Evelyn complimentary toiletries which smelt beautiful. Oh and the bed was big and comfy, but the room did feel like it could do with a really good scrub, a lick of paint and the furniture definitely needed a freshen up. All that said, I did like the hotel, it had a certain charm about it and I would 100% return there. 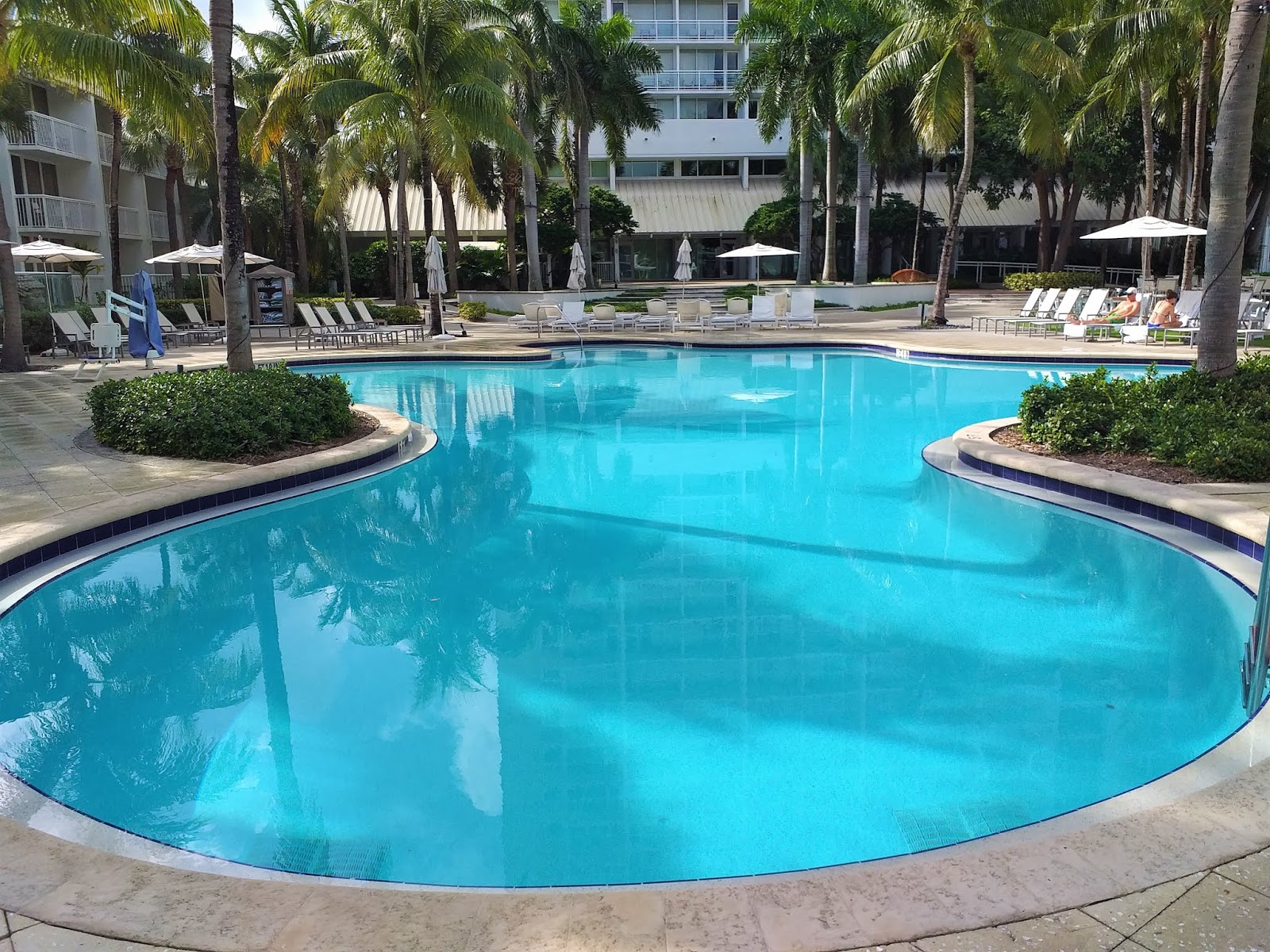 The pool was lovely. Ample sunbeds without being overcrowded. Some of the hotels on the beachfront that we've stayed at in the past they just seem to cram as many beds in as possible that you literally can't walk between them. Not my idea of a relaxing pool area.

Hilton was different. Nice and relaxed, good music playing around the pool. All with the view of boats and the waterway.

I think the hotel is used a lot for people going on cruises, so there were new faces each day. We were lucky that the pool was really quiet during our stay, which always helps when you're trying to relax while away on vacation.

We both really struggled with the time difference this time and felt tired for pretty much the whole time. Mark was ill too so that wasn't nice for him.

We ate at some of our favourite American chains, bought some Bath and Body Works goodies and of course a few family size bags of Caramel M&M's.

Before we knew it it was time to head back to the airport for our mammoth journey home.

Fort Lauderdale is lovely. Great weather, beautiful beaches and all the fun American bars and restaurants. 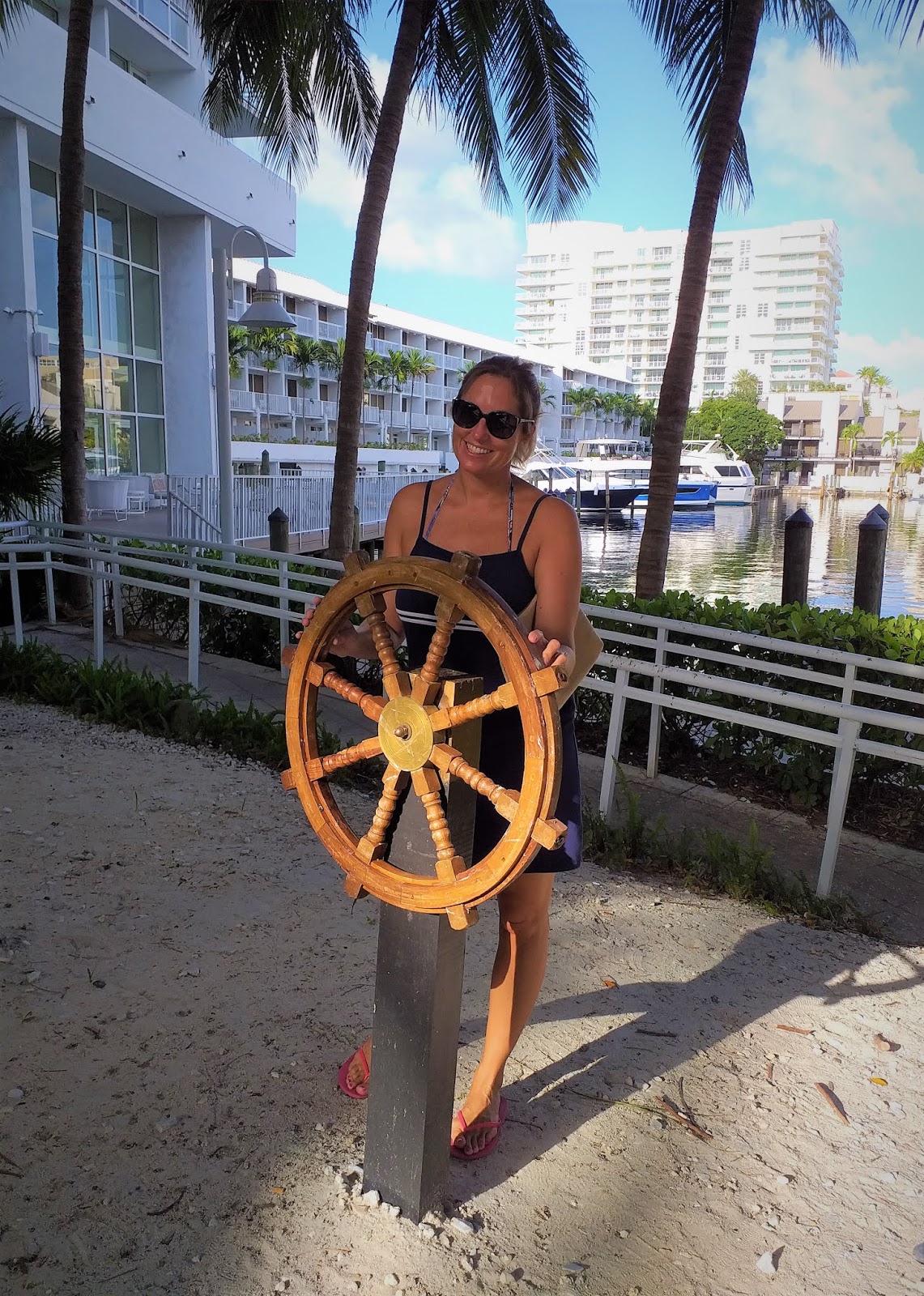 It was the first place Mark and I went on holiday together and we've been pretty much every year since.

Fort Lauderdale is also a special place for Mark, as it's somewhere him and his family went on holiday a lot when he was little and Mark's carried the tradition on throughout the years.

We noticed it this time and the time before that Fort Laurderdale to us has lost it's shine a little.

The hotels on the beachfront obviously have an amazing beachfront location, but they're all just seem super expensive. You have to have valet parking for one, which is a pain in the backside! You always end up having to wait around for ages for your car and then you feel obliged to tip, as well as paying the steep daily parking charge.

That's what we liked about the Hilton Marina was that they had self park as well as valet. Self park is cheaper and you just go and get in your car without having to wait ten minutes for the valet guys to get it.

Also with the beachfront hotels they charge about $40 a day resort fee. This is usually just for use of a sunbed and maybe for a bottle of water in you room. That's on top of your room rate and add taxes onto that too.

At the Hilton Marina there's no resort fee and they have a free shuttle to the beach too. 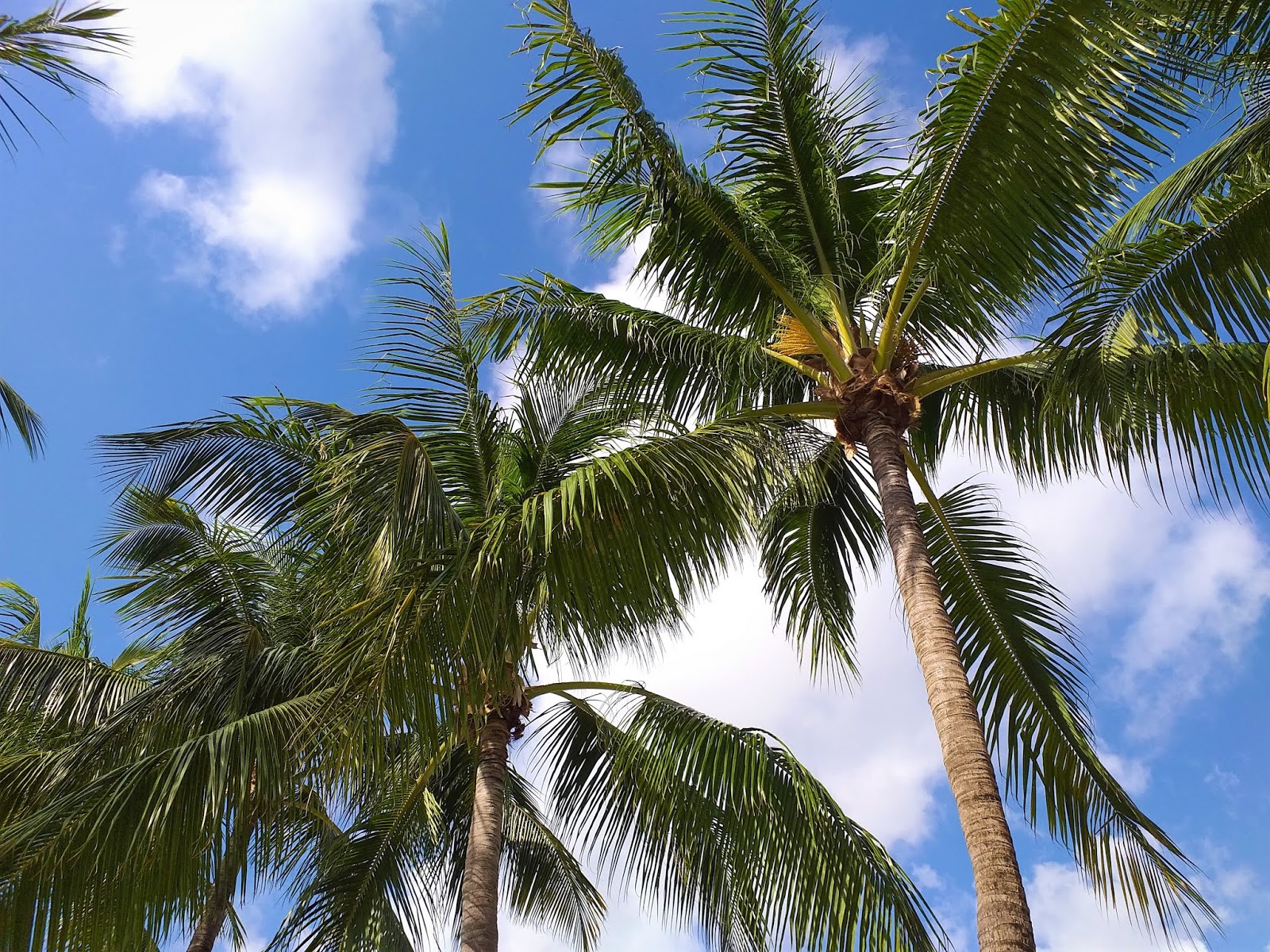 The shopping didn't seem that great this time either. The usual Abercrombie's and Hollister's didn't have anything in and my old faithful Old Navy just seemed really naff. Maybe it's the time of year? I'm not sure though because we usually go September time and I've always been able 'to shop till I dropped'.

Or maybe the U.S highstreet is going a similar way to the U.K - everyone seems to buy online?

Other then the guys on reception at the Hilton, oh and our waiter at Red Lobster there was no real outstanding customer service anymore. It seemed like no one could be bothered and were uninterested with their customers. I remember the days in the States when you felt the customer service was almost fake as it was so over the top. I think I preferred those days.

In hindsight we shouldn't of really travelled all that way for such a short time, but we didn't know Mark would be ill and we honestly thought we'd be fine with the long flights. Our bodies obviously can't take the toll of mega long trips anymore, well without a proper break in between anyway.

It was lovely of course having a little holiday, don't get me wrong and it was great getting our 'American' fix, but I think we would of been better off staying at home - for this time anyway.

It's our own fault for living in such a beautiful sunny destination here in Spain.


Have you been to Fort Lauderdale before or other parts of Florida? Would love to hear about your trips too, let me know in the comments section below...

- you might also like -
Flying on Norwegian, Alicante to Fort Lauderdale via Stockholm
The Westin Cape Coral Resort at Marina Village
St Pete's Beach, Florida