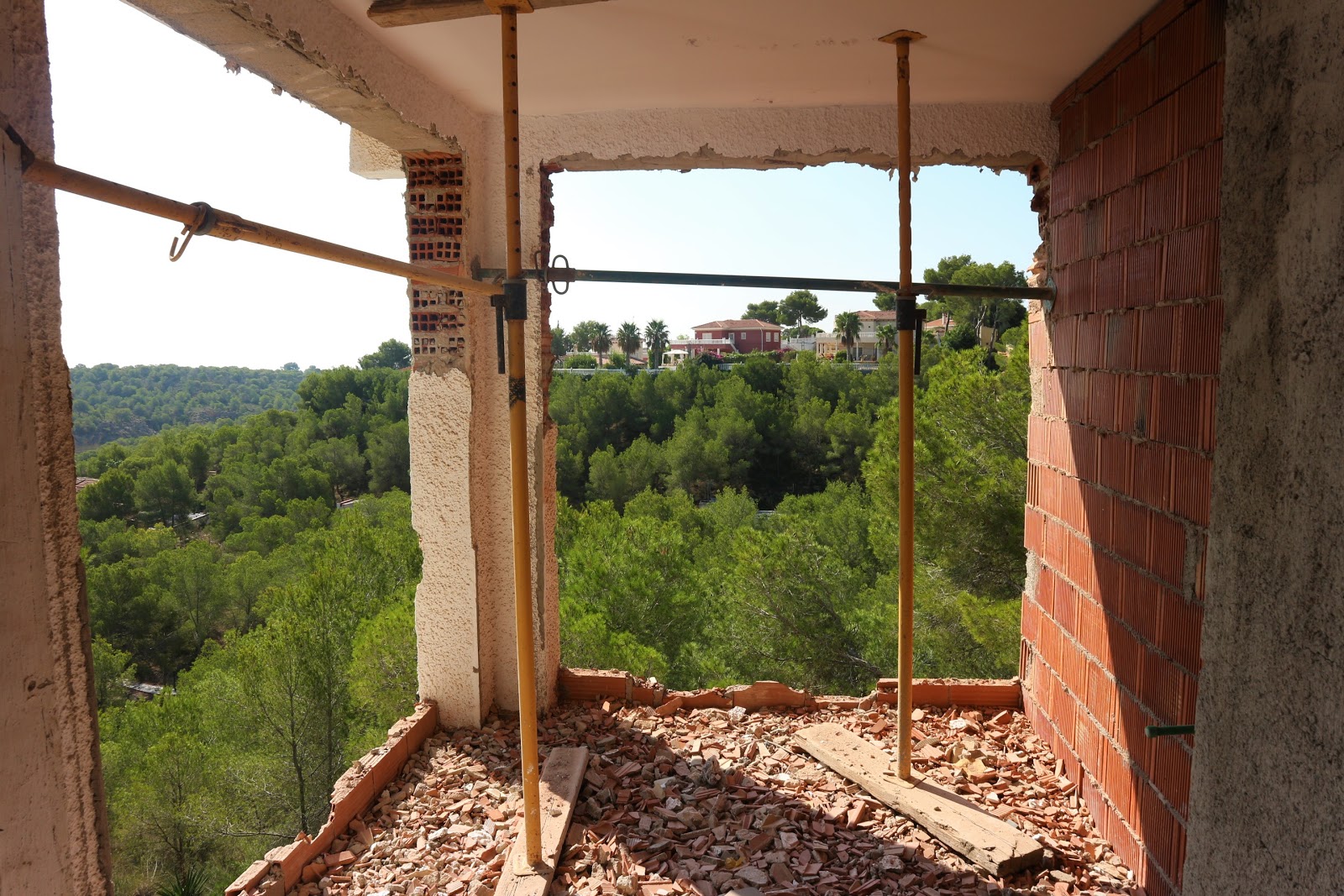 At the beginning of August we completed on our new house and in the last few weeks the renovation project has really got underway and is moving really quickly. It's all so exciting!

When Mark was hospitalised back in May we were in the process of buying a different house. Slightly bigger as it had a separate out building, that could be used as a self contained studio, but it was on a smaller plot then the one we've just bought.

The previous house was also a do-er upper, but even more then this one as we'd have to make it into a two story to try to grab some views or try to make some sort of roof terrace along with everything inside and out needing doing. We were completely sold on the area though and knew that's where we wanted our forever home to be.

Then Mark was taken into hospital and the house fell through, long story, but definitely a blessing in disguise (the house falling through that is, not Mark being in hospital!).

Our estate agent got in touch a couple of weeks later (while we were boarding a flight back to Alicante from Berlin) and told us about this house that they were just about to put on the market, but wanted to let us know about it first. Sounded interesting, so we went to view the house the next day.

The house (at the time) was neither here nor there, but the view. The view was absolutely breathtaking and we were instantly sold. The house is a 3 bed 2 bath sitting on a 1500m2 plot. Priced to sell as it was an inheritance and after a little bit of toing and froing our offer was accepted. But to be honest we would of gone to the asking price as we wanted it so much! 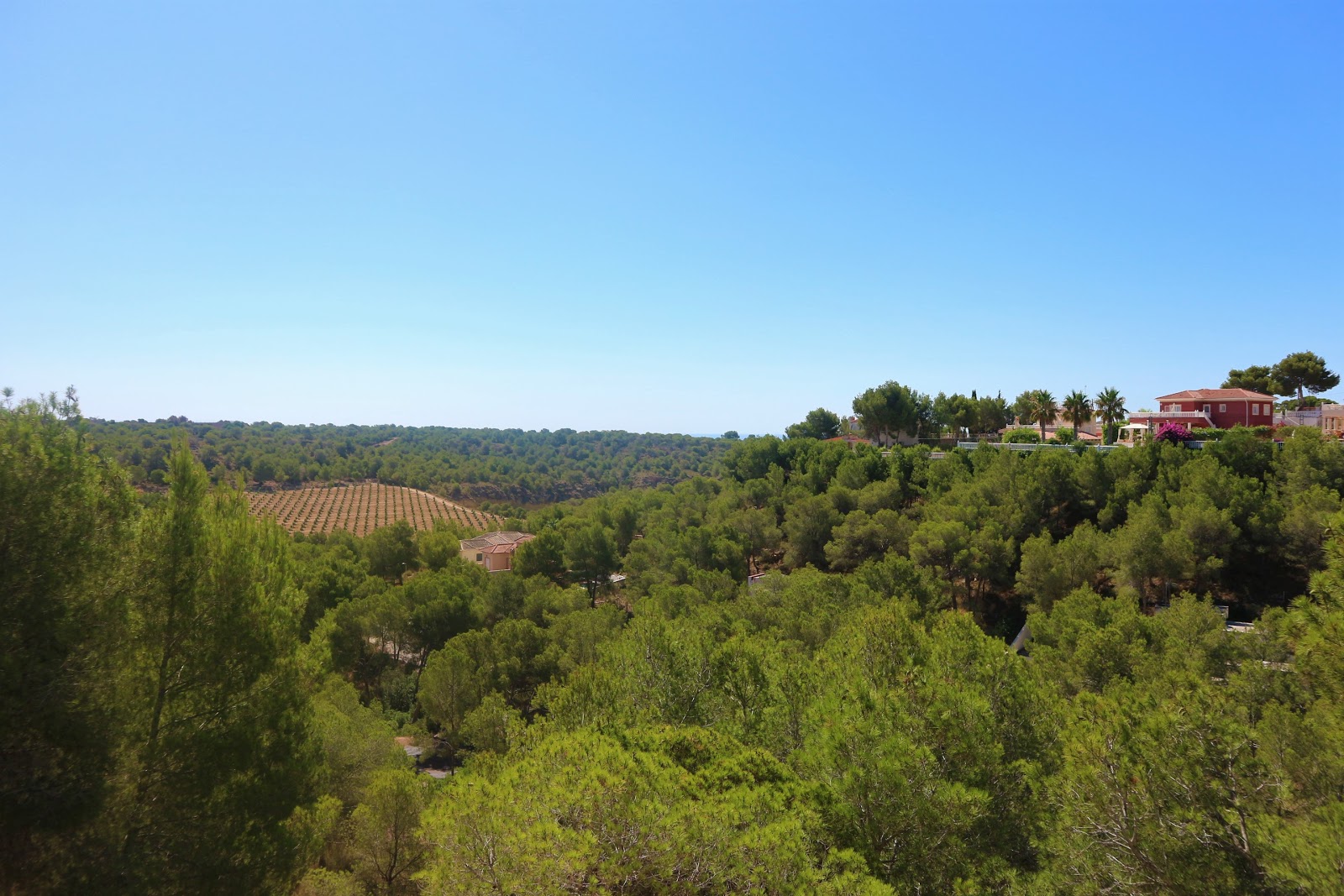 The house is actually a bungalow with an under build. It's on a slope which gives it the amazing views across the Rio Seco. The property is a three bed, so we are technically downsizing (on the house but upsizing significantly on the total plot size). We did have a bit of a light-bulb moment and decided to completely gut the house and push the rooms out into the big porch and tweak the layout. We knew that way we'd be able to create the space we wanted.

Our builder is really good. He's Spanish and luckily speaks some English. He is completely on the same page and gets our vision completely.

We go over once a week to check the progress and make sure everything's going in the right direction. If there's any issues it can get nipped in the bud and sorted out before anything moves on too quickly.

So far there haven't been too many issues. The kitchen window initially was too small, but that has been rectified. Also we are having some issues with the en-suite. We had to make the room wider which meant losing some of the bedroom, but that's fine as having ample space in the en-suite means more to us then extra floor space in the bedroom.

We initially wanted double sinks in the en-suite, but after some measuring it would all be too much of a squeeze. So we are still keeping the larger unit, but will just have the one sink situated in the center of the unit.

The double sink unit will now be in the main bathroom as there is more then enough space for it in there. We are even able to go for a bigger unit too which is great news.

Storage is very important as we our losing my dressing room, but I've said all along that as long as there's plenty of storage space then my dressing room won't be missed. Hence why we are going for large sink units. Not that I have too much make-up and lotions and potions or anything! 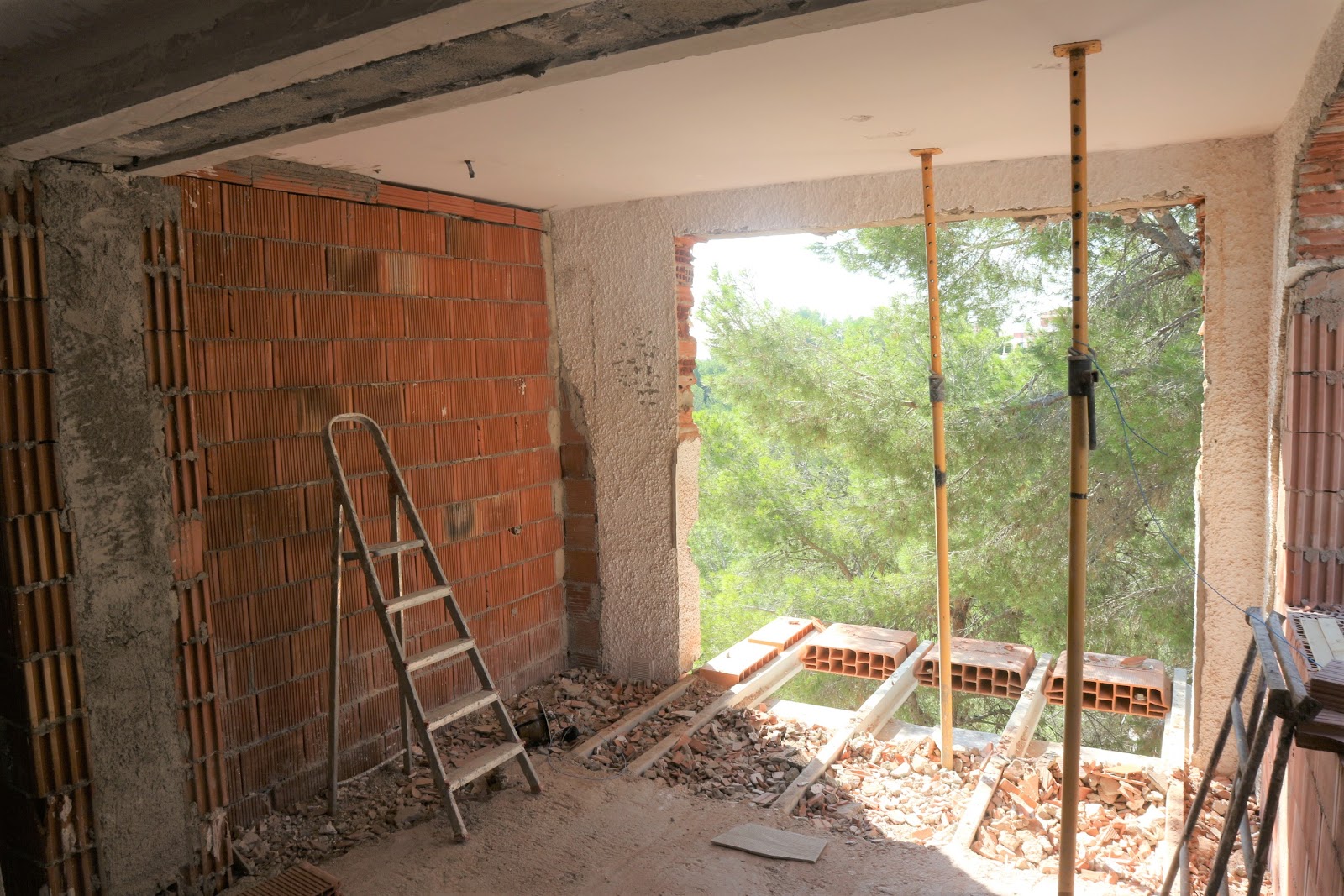 our bedroom - having a little balcony built

The first week was demolition week. Which was so exciting to see. Walls knocked out, rubble everywhere! I love all that!

Week 2, the new walls being built and the layout really starting to take shape.

Week 3, more of the same as week 2, but the old gas bottle 'house' was knocked down (as it's being relocated) and the steps to the original entrance of the house all knocked out too. 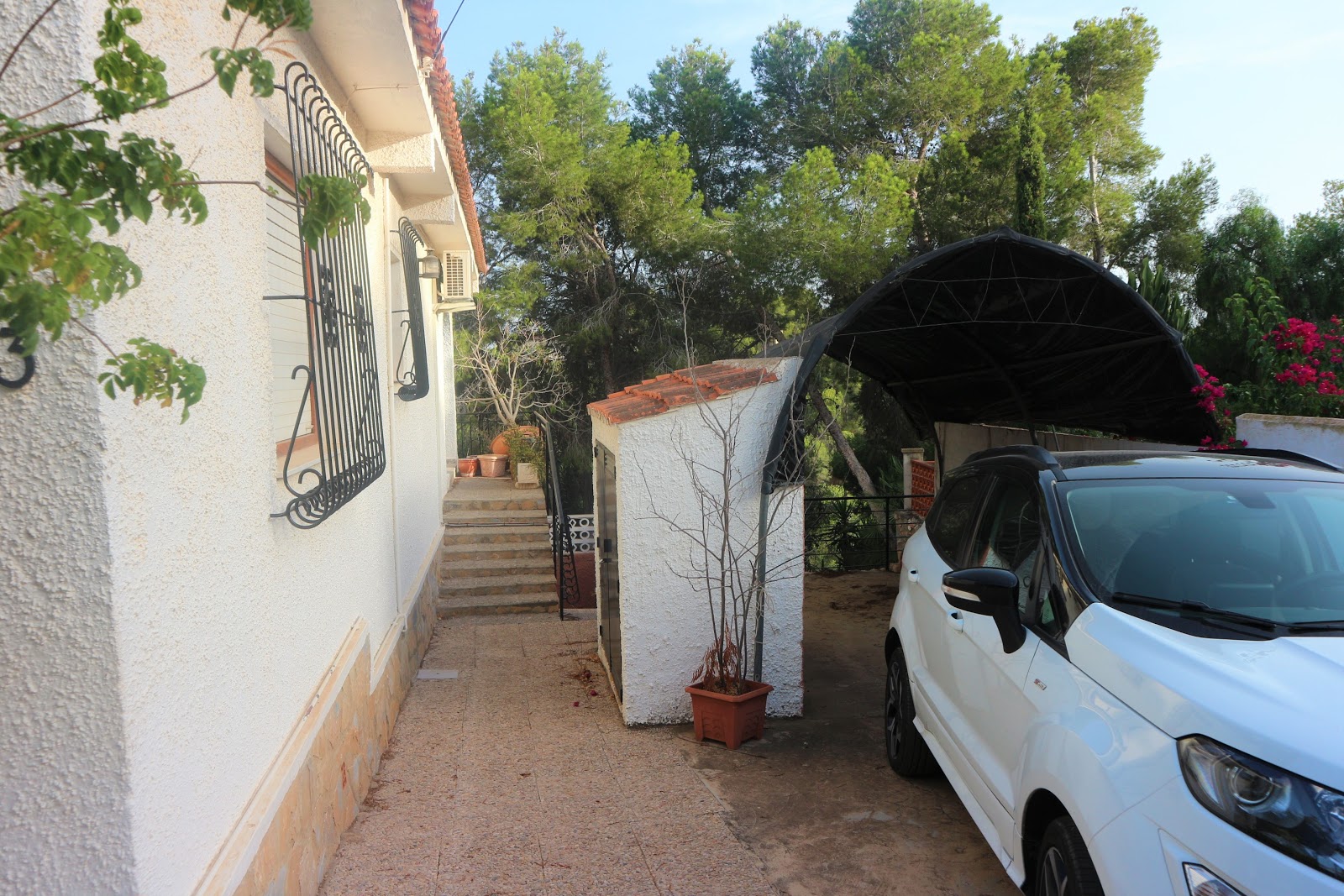 before demo - gas bottle housing & original steps to the porch 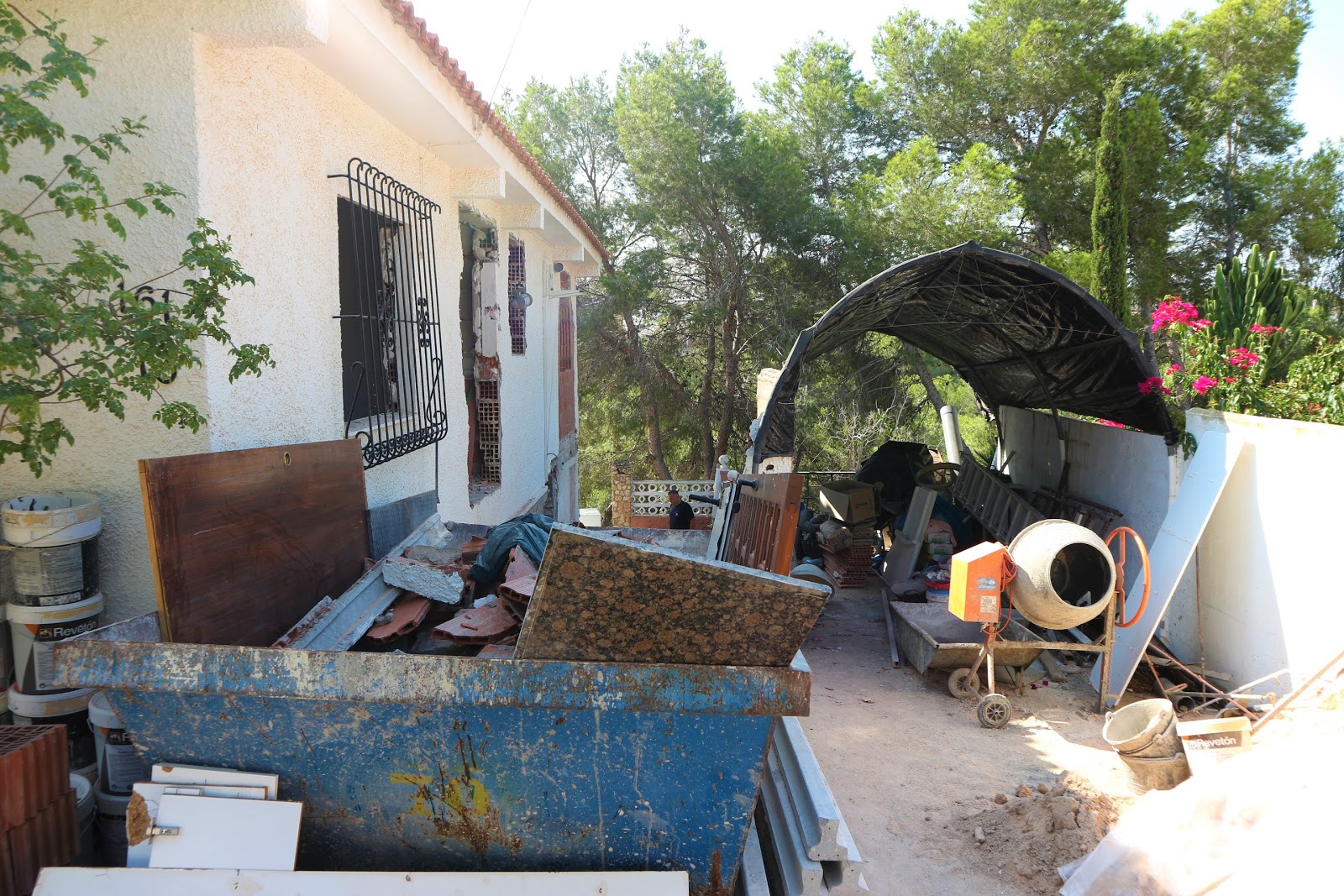 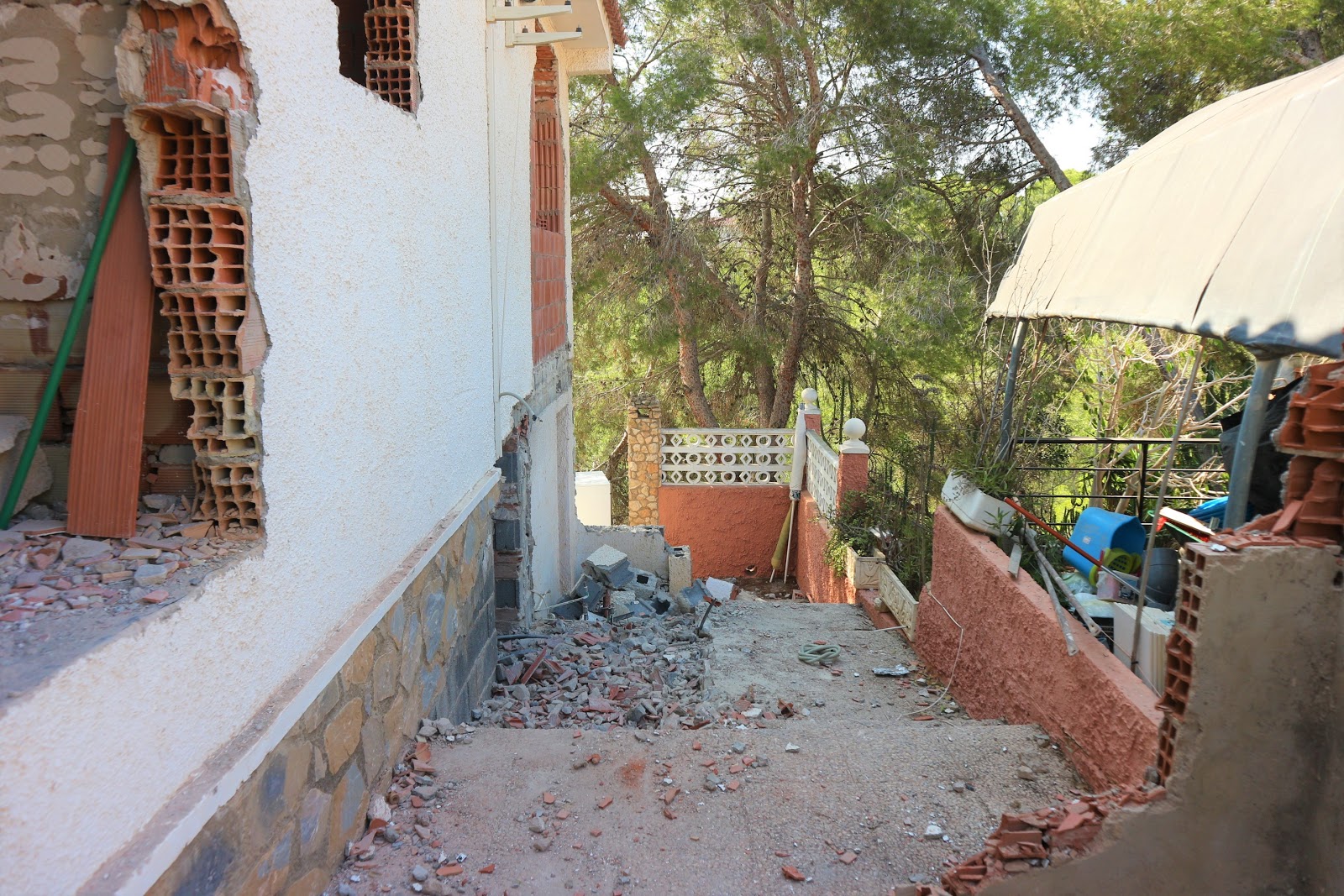 the random arched car port will be gone too

Week 4, the plumbing and electrics have started. We are having brand new electrics and plumbing throughout.

In an ideal world we would of liked to of done a lot of the house renovation ourselves. Mark and I love a bit of DIY and love to have projects around the house and garden. But as Marks still working we just wouldn't have the time to get all the jobs done, as it is quite a big project!

The garden is still a blank canvas for us and we have loads of ideas for that. Obviously the pool we will have built by the professionals, but everything else we're going do ourselves.

It will be nice though in 6 weeks or so to be able to move into a brand new house that we pretty much designed and project managed ourselves.

Have you ever had any big renovations done?
Or even built a house from scratch?
Let's chat in the comments below...