Flying on Norwegian from Alicante to Fort Lauderdale via Stockholm 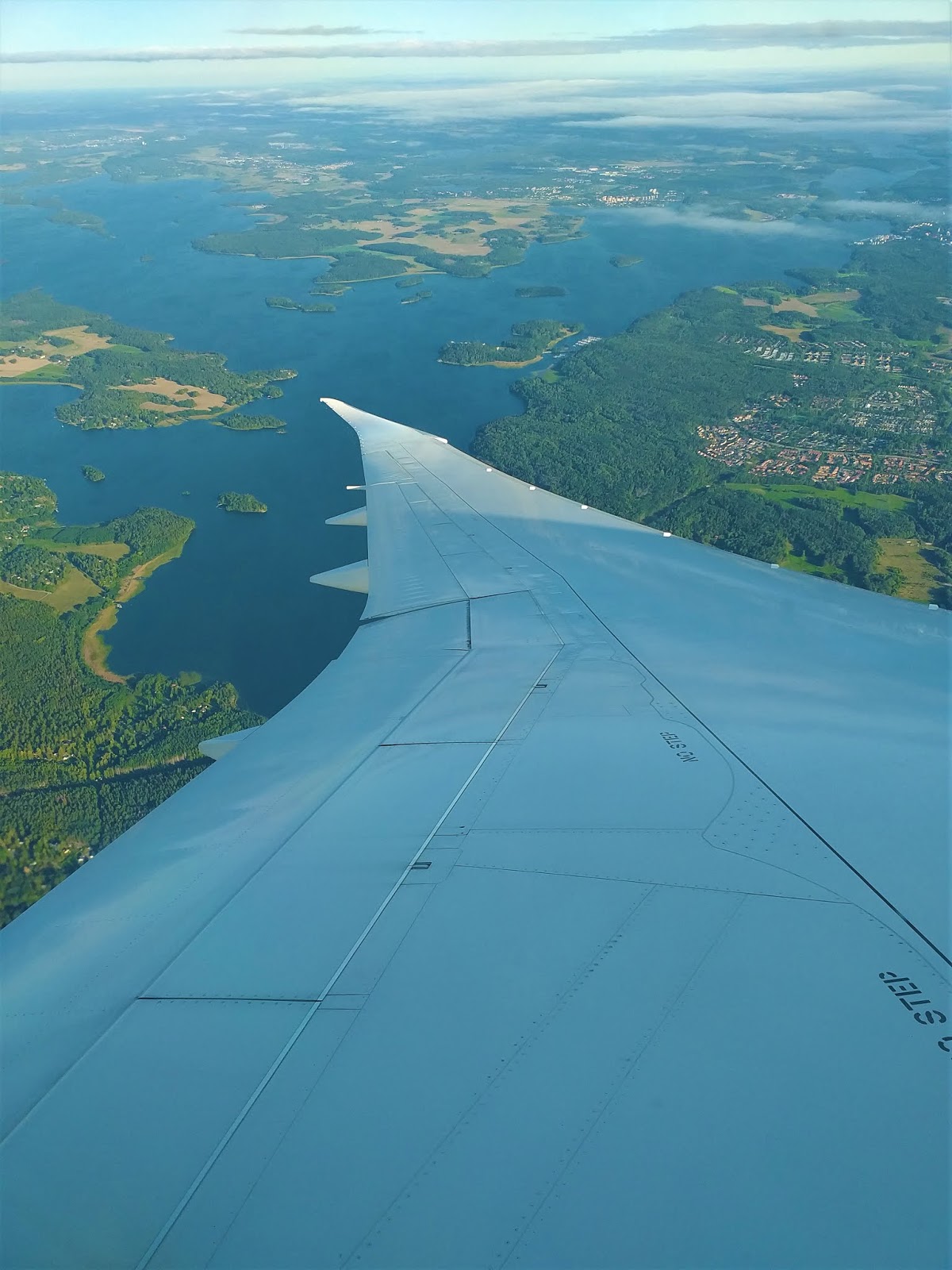 landing into Stockholm on the way back from Fort Lauderdale

In my previous post about our recent Mini break to Fort Lauderdale I skipped past the airport and flying part as I thought it'd be good to have that info in it's own little post.

Flying long haul from Alicante will always involve a connecting flight. Usually via the UK or Barcelona or Madrid.

As we wanted to fly straight into Fort Lauderdale rather then Miami our choice was a little more limited. We found flights on Norwegian from Alicante - Stockholm - Fort Lauderdale. Perfect.

The flight to Stockholm was at 06.30am so it meant a super early start, but when going on holiday this is kinda acceptable isn't it.

We were about an hour delayed out of Alicante because of the torrential rain. We weren't that concerned though as we had about four hours wait in Stockholm before our flight to Fort Lauderdale.

The Norwegian flight ALC (Alicante) - ARN (Stockholm Arlanda) was fine. The seats comfy enough, with quite a good seat pitch too. The flight was approx 3 hours 40 min. We chatted all the way and of course scoffed some of our flight treats too.

Landed into Stockholm and we arrived at the same terminal as we were going to depart from for our next sector.

Very easy as off the plane and straight into the terminal. Then straight to the lounge for us.

We were only flying economy, but one of our credit cards give us airport lounge access which really does come in very handy!

The lounge at Stockholm airport was OK. Nothing special, but good to get away from the crowds. Make a cup of tea, fill our bottles with water hehe, we made some cheese and ham rolls to nibble on. We may of sneaked a couple out too for our next flight.

Our flight was on time and boarding was easy and fairly civilised.

The seats did feel a little tight and squished up, but comfy enough, But to be honest we weren't looking forward to the next 10 hours! We started to think maybe we should of gone premium instead! 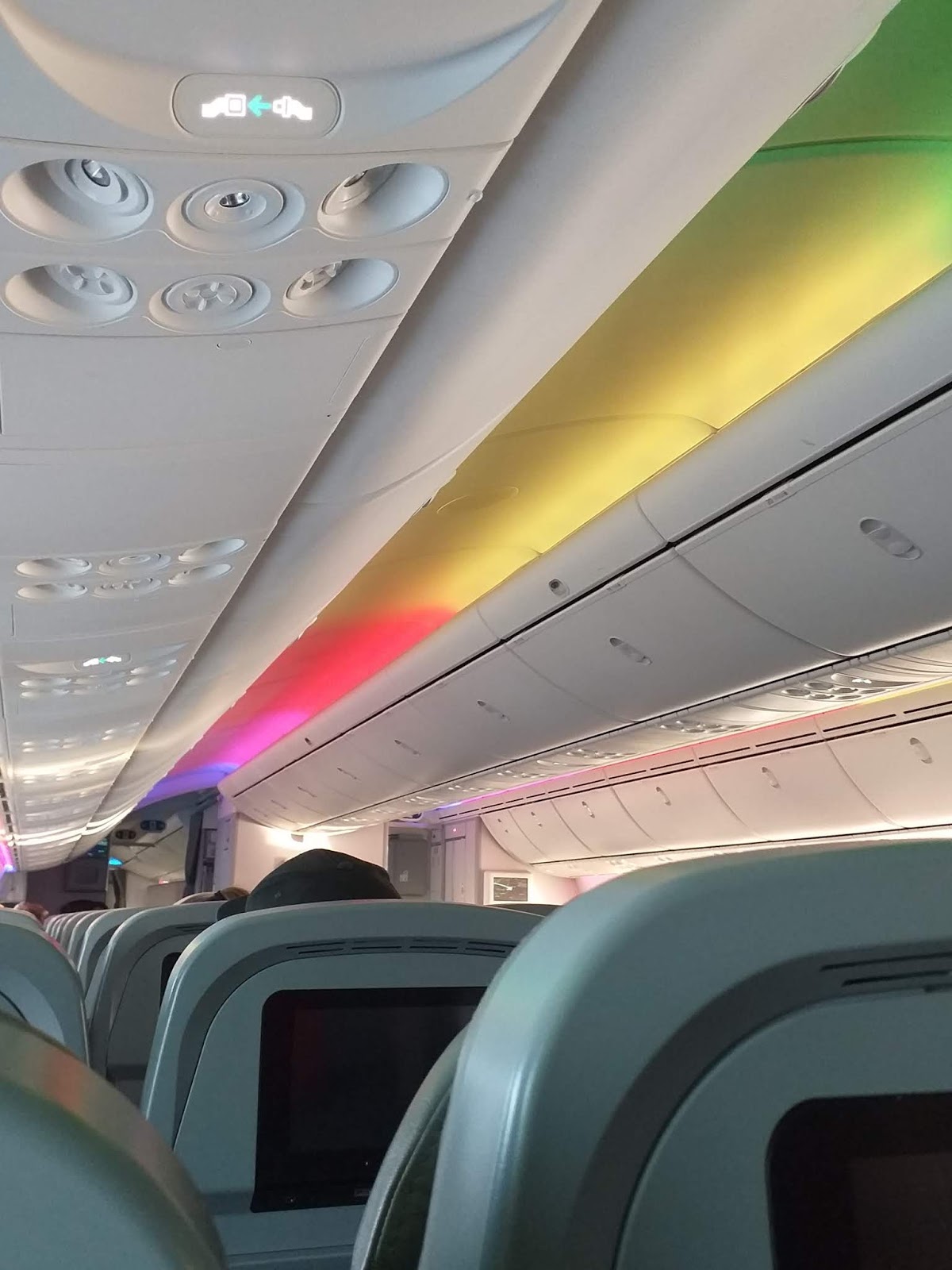 Norwegian is a low-cost carrier, but their product is good.

We did this because, when Mark commuted a lot between LGW and ALC he flew quite a bit with Norwegian and built up a lot of points and rewards. He now gets a free bag and seat allocation on his flights.

So there wasn't any point in booking the Low fare + just for the meal. We figured we could just share mine and we took lot's of snacks with us too.

We're pleased we did do it that way as the meal wasn't anything to write home about at all. It was OK, but very basic. You did get two macaroons so of course I had them. It included a drink and tea/coffee after. They did offer Mark a drink as well which I though was a nice touch because we had technically only paid for the one.

Of course you can buy food and drinks during the flight. They have quite a nifty system on your screen where you just swipe your credit card and order from your seat. They then bring it straight out for you. A diet coke was 3 euros which was pretty average for onboard.

The inflight entertainment was again OK. I watched a couple of films, The Greatest Showman (which was brilliant - I know I'm a little late to the party with that one!) and a Rebel Wilson film Just Romantic I think it was called, that was good too.

The TV shows were just one or two episodes.

It passed the time though, but I watched pretty much everything on the way out so I struggled to occupy myself on the way back.

Again as Norwegian is a low-cost airline and product you don't get pillows or blankets, so make sure you take a cardi or something with you if you tend to get cold on flights. We did take our neck pillows, but didn't use them as the seats have those bendy ear things which are much comfier to lean your head against.

On the way back there were quite a lot of empty seats so we had a row to ourselves which was great. We tried to stretch out a little and have snooze. I think I was catching flies at one point!

The flight was a little quicker on the way back. 9 hours I think and we only had a couple of hours to wait in Stockholm before our flight to Alicante. 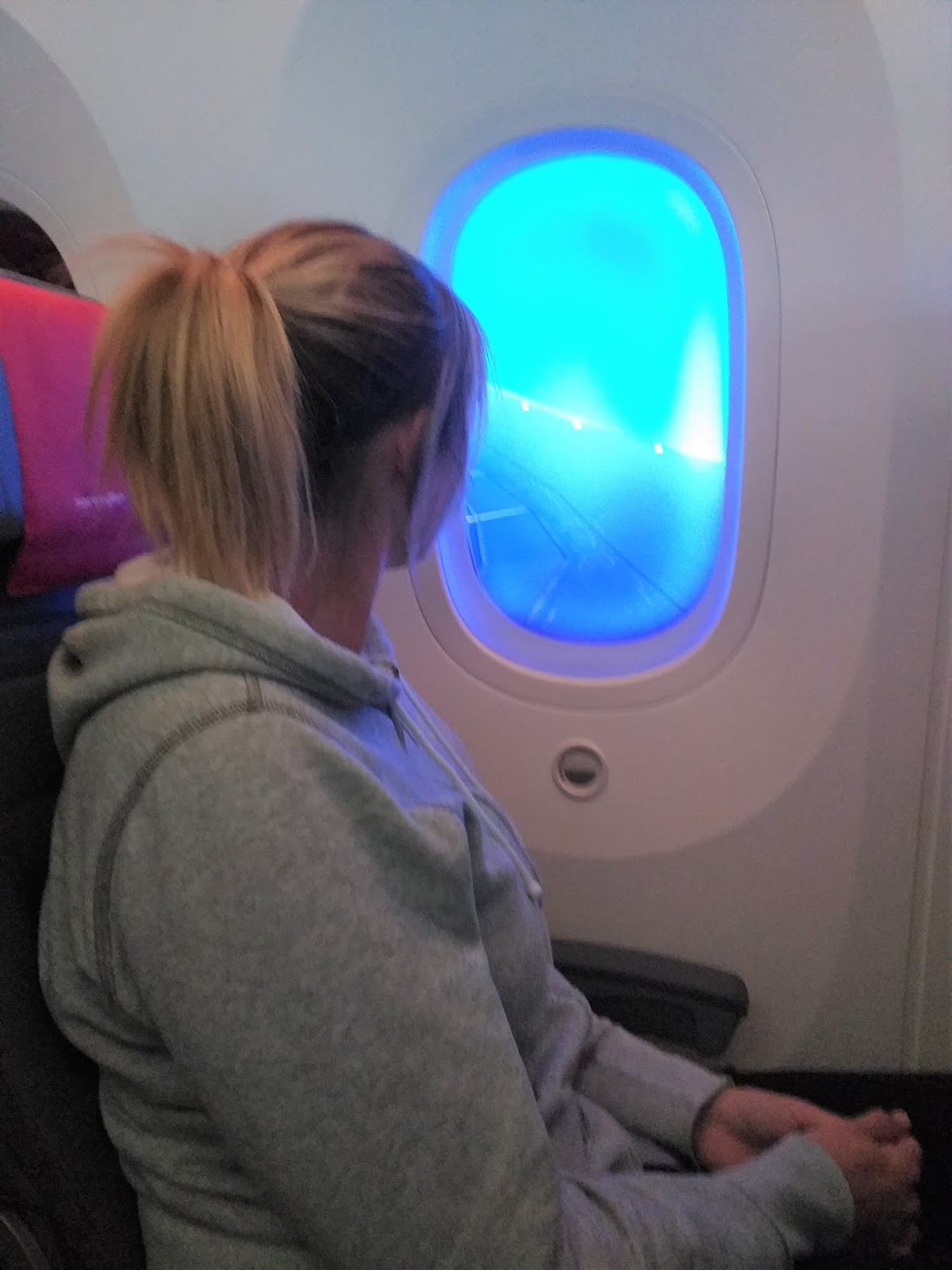 All the flying was tiring especially with only a few days break in Fort Lauderdale, the long journey in economy really took it's toll. But that was our fault and nothing to do with the airline.

The flights and connections worked. Everything ran pretty much on time. The aircraft was clean and for economy it was comfortable.

We've flown with Norwegian to New York before from LGW and they were good then also and we've flown quite a few short haul flights with them in the past too.

Have you flown Norwegian before? Love to hear your thoughts and experience with them in the comments below...